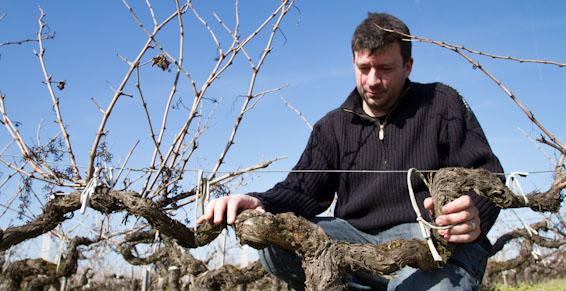 Chateau Les Barraillots is the last small and independent wine producer in the village of Margaux and one of only a few “Crus Artisans” in the Margaux appellation. The vineyard was obtained from Palmer and Durfort in 1928 and 1933. It is situated among the highest elevations in the commune and the soil type is permeable gravel. The modest house and winery are a quarter of a mile away, on the outskirts of town, literally on the other side of the tracks. The Martin family used to raise dairy cows there, not only for the income derived from the milk, but also for the manure used in the vineyard. Yannick Martin, who took over from his father in 2014, told me that growing up he spent way too much time repairing fences. Although Yannick still uses exclusively cow manure as fertilizer, today the cattle are gone and he has more time to concentrate on his wine production. 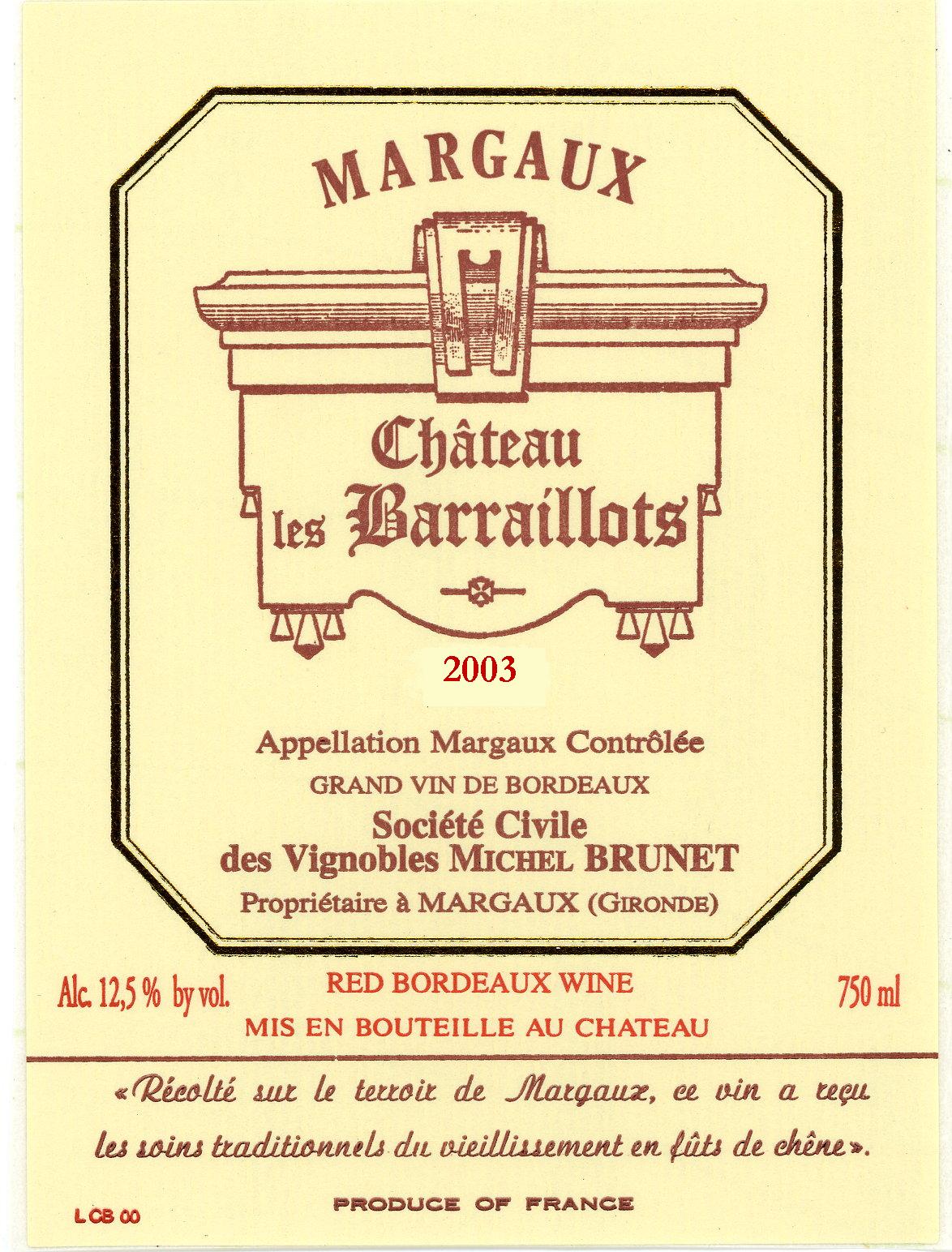 In Medoc dialect “barrail” or “barralhe” refers to a bank of land marking the boundary of personal property. Although it is not obvious to my eyes, the small hillocks of Chateau Les Barraillots divide the property from the surrounding plots of cru classes. The average vine age is 40 years and the varietal mix is 55% Cabernet Sauvignon, 30% Merlot and 15% Cabernet Franc/Petit Verdot. The planting is very dense with most sections having 10,000 plants per hectare. No chemicals are used in the vineyard and harvesting is done manually. Fermentations are done in stainless steel and the wine is aged in barrels (20% to 25% new) for twelve months with several rackings. This period of natural clarification is completed with the use of egg whites for fining before bottling in the spring.