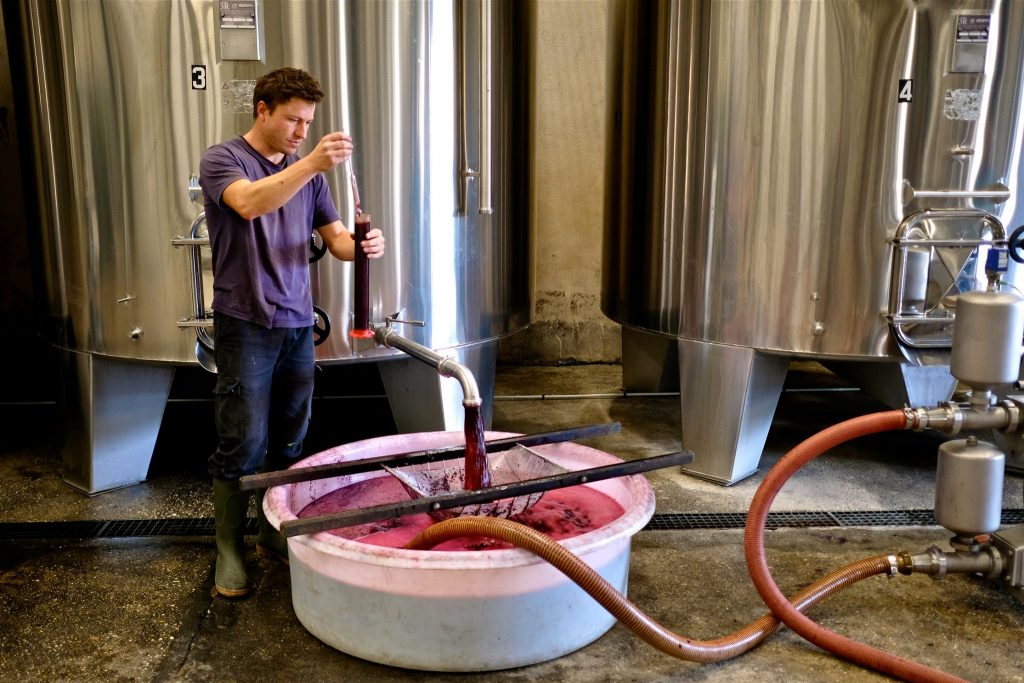 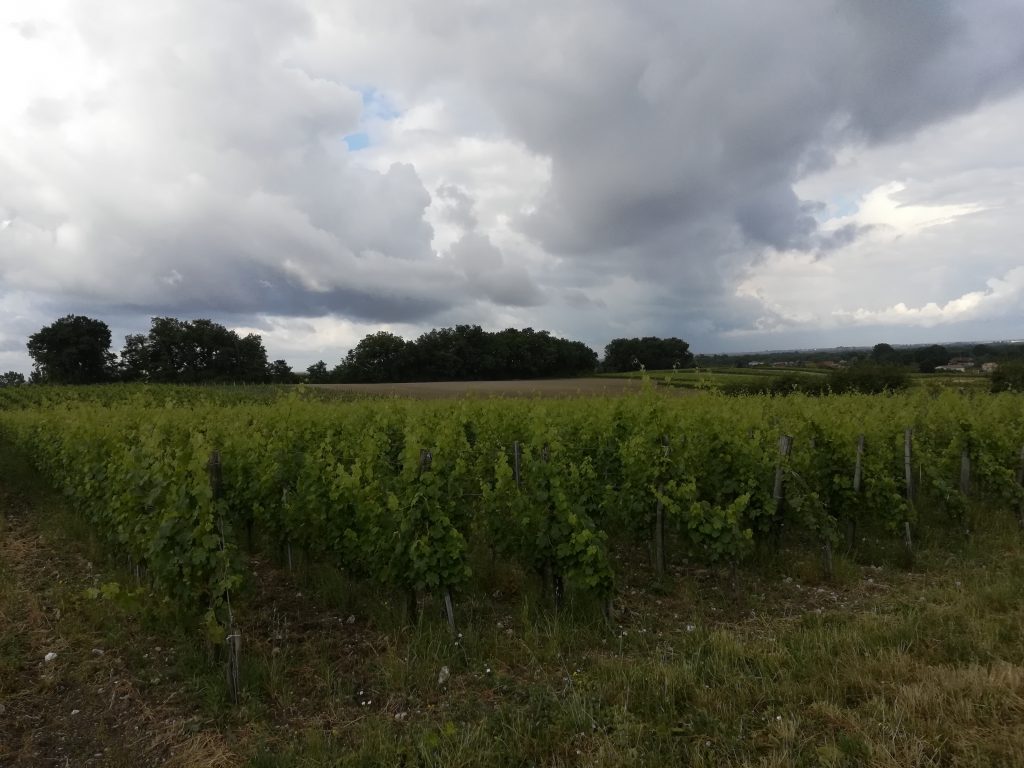 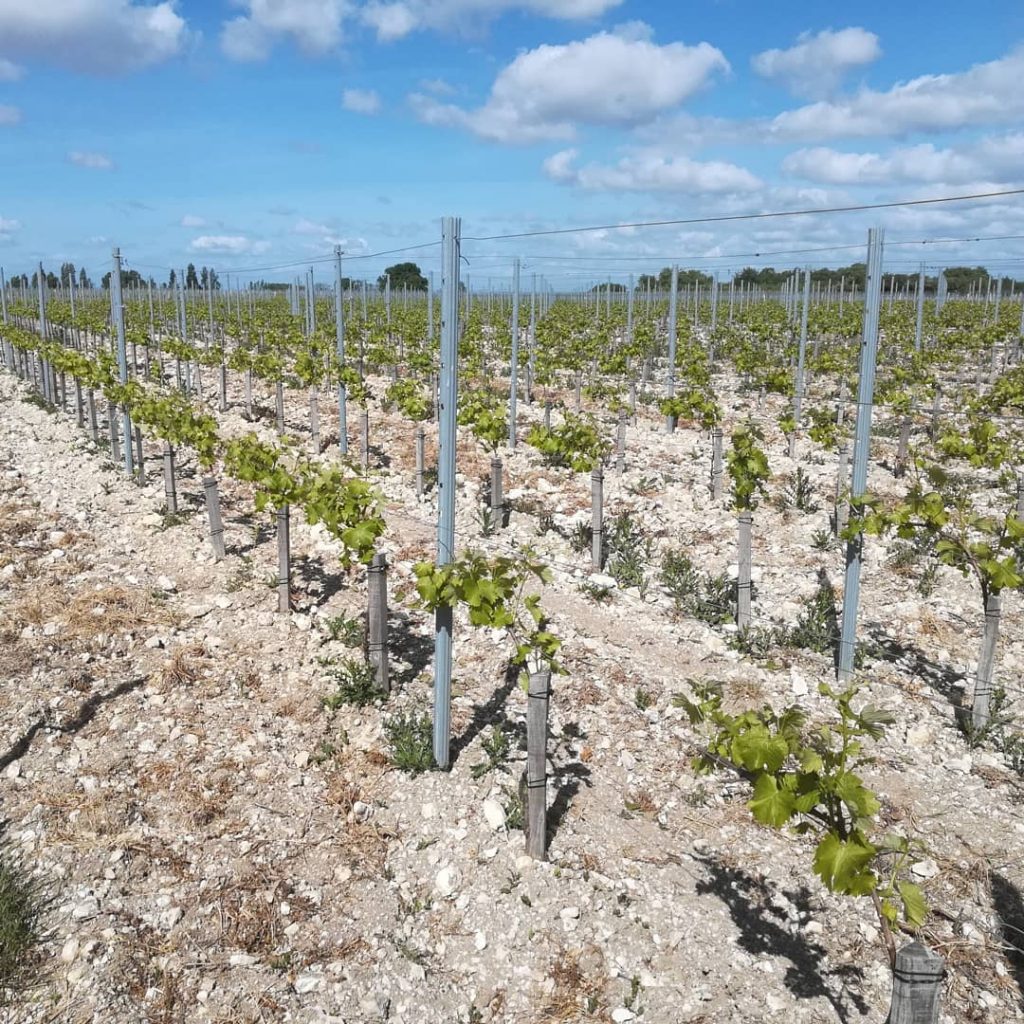 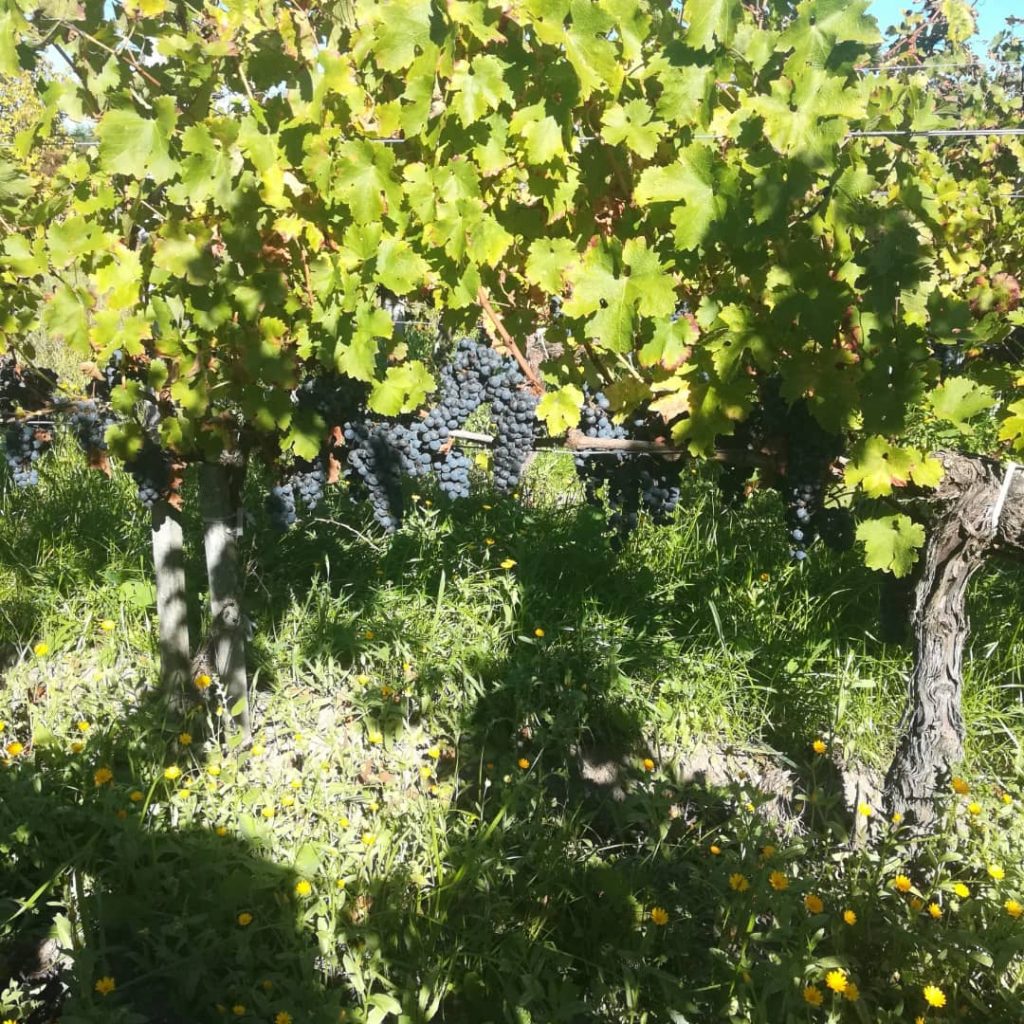 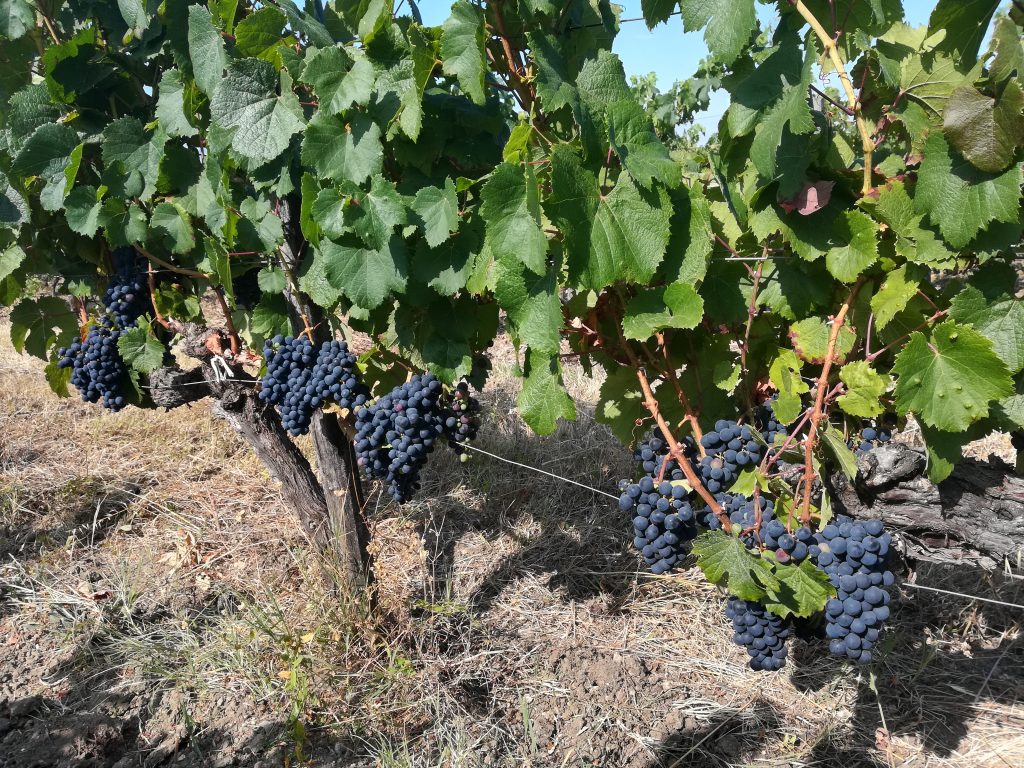 The Blaye appellation takes its name from the main town of the region which is strategically situated some 50 kilometers downstream from Bordeaux on the right bank of the Gironde estuary. The town of Blaye has a rich and frequently bellicose history with military encampments being built there as early as 25BC by the Romans. The town has also been historically, an important stop along the pilgrimage road to Compestella, serving as it still does today, as the port for crossing the Gironde to reach Bordeaux. Today, the wine appellation is called Blaye Côtes de Bordeaux and together with Côtes de Castillon and Premières Côtes de Bordeaux, forms a triumvirate that includes “Côtes de Bordeaux” in their names. The Blaye Côtes de Bordeaux appellation spreads from the town of Blaye throughout 39 villages and is a quiet region with a mix of vineyards, crops, forest and prairie.

Château Les Vieux Moulins is the property of Damien Lorteau. He took over in 2010 from his parents and grandparents. He inherited 20 hectares, 11 in the village of Reignac and 9 in the village of Anglade. In acknowledging the difference between the terroirs, Damien produces two wines, one from each village. His vineyards are certified organic and Damien has increased the density in his vineyards so that nearly all the parcels have 7,000 plants per hectare. His winemaking philosophy is non-interventional. He allows the indigenous yeasts to ferment the juice and uses very little SO2 throughout the process. Fermentations are carried out in small cement tanks and Damien avoids both pump overs and moving the wine by pump after fermentation. The labels were designed by a Swedish artist named Madlen Herrstrom. 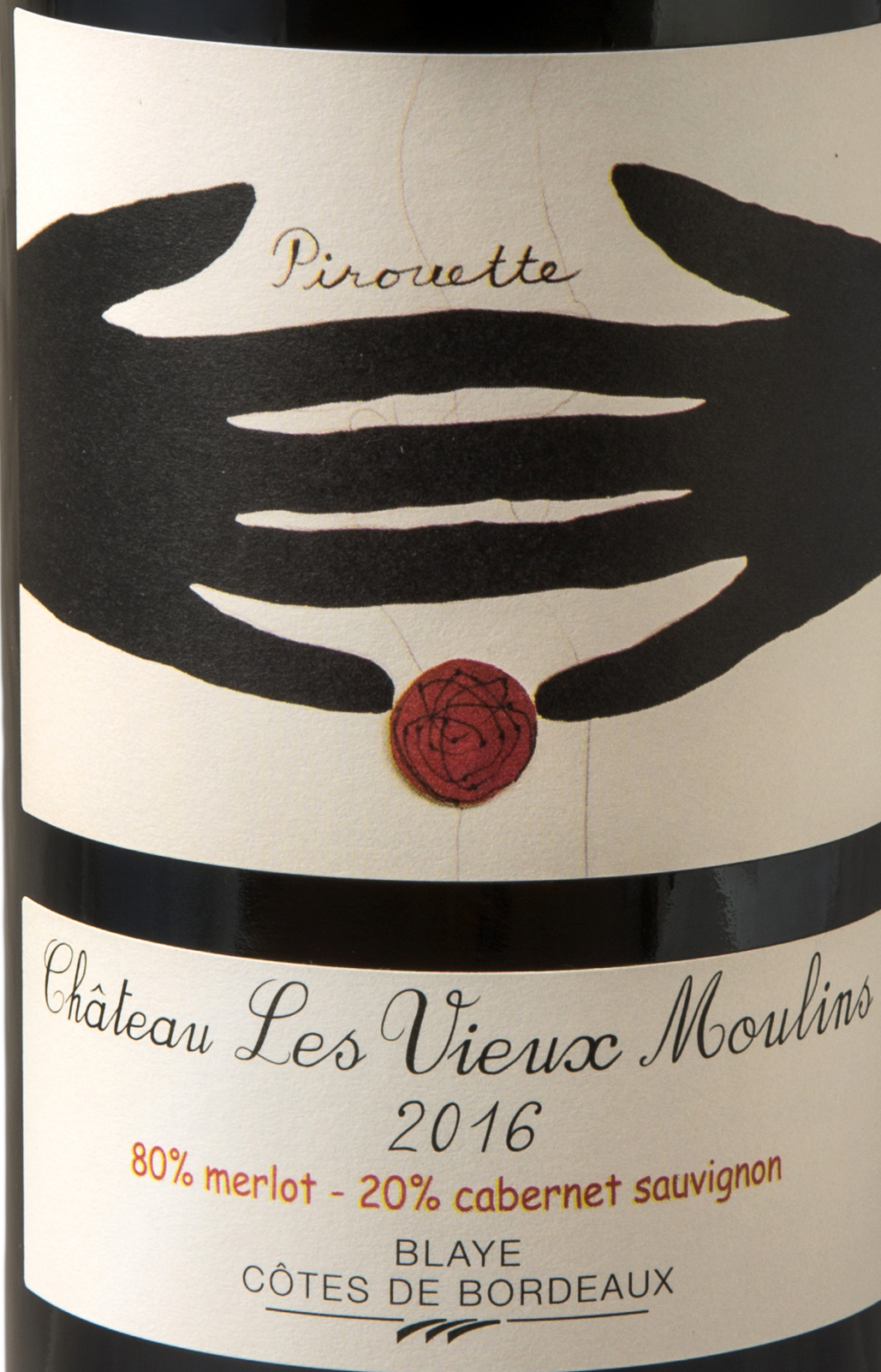 The Pirouette cuvee is produced from eight parcels in the village of Reignac, mostly in the lieu-dit Freneau. The largest parcels sit on the summit of a small hill and benefit from frequent wind which certainly helps with organic farming. The soils range from a sandy clay (80%) which is planted to Merlot, to a sandy gravel ( 20%) which is planted with Cabernet Sauvignon. After harvest the grapes are destemmed and then put in a tank for three to five days at a low temperature to have a pre-fermentation maceration. The fermentation and extended maceration lasts typically 20 days and an assemblage is made from the different tanks before the malo-lactic fermentation. The wine is matured in cement tanks for 12 months before bottling. 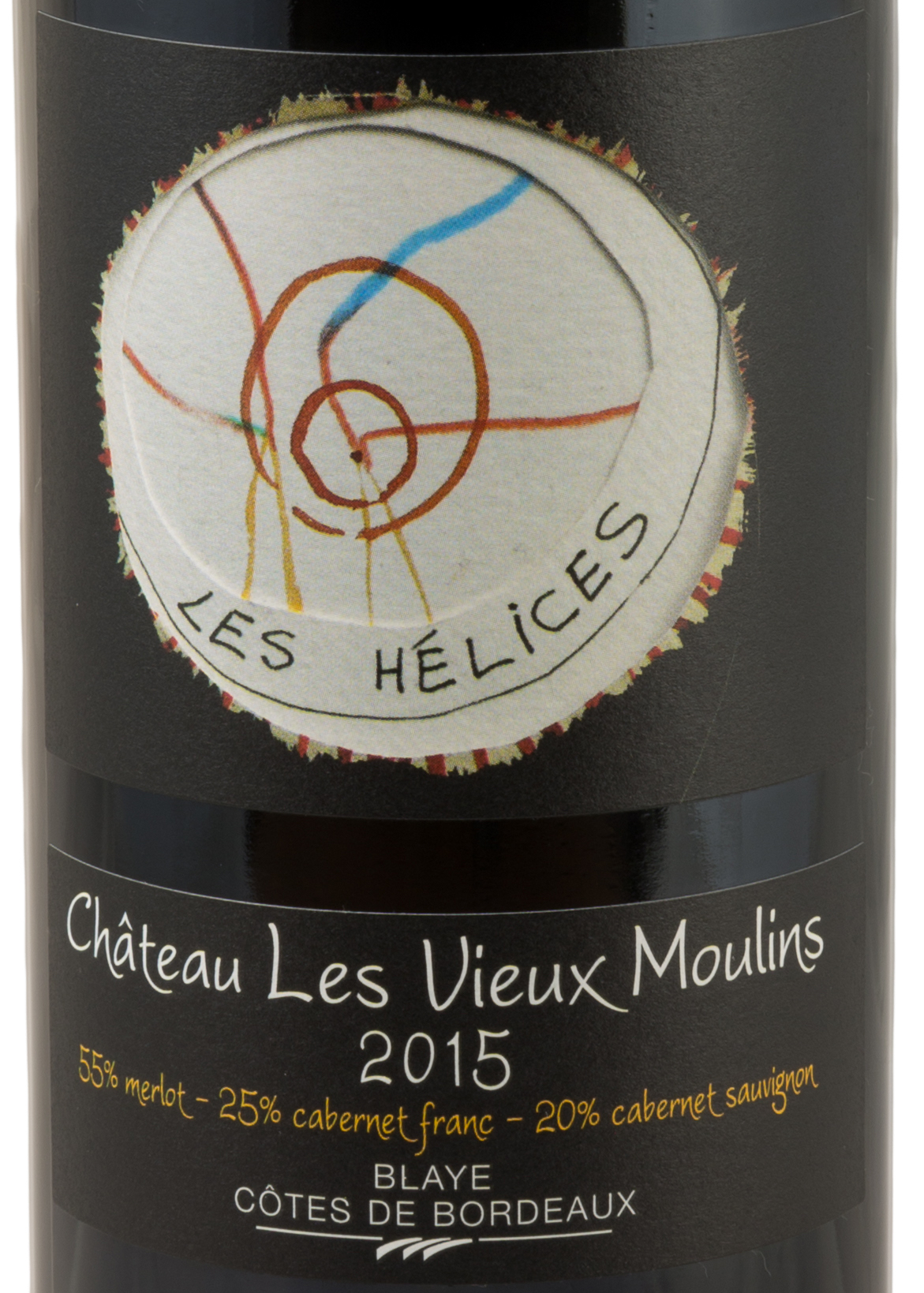 Les Helices is produced from 15 parcels in the village of Reignac. The soil is a compact clay-limestone with a lot of surface stones and very little top soil. Interestingly, it is virtually the same soil as is found across the Gironde estuary in the village of Saint Estephe. The vineyards are planted equally to Merlot and Cabernet Sauvignon. Each of the 15 parcels is vinified separately with fermentation and extended maceration lasting up to 35 days. The wine is matured for the most part in barrels of one to three years of age with a small proportion (10 to 15%) matured in cement. After bottling, the wine is held for 18 months before release.