Château Platon is located in the small village of Sainte-Radegonde, close to the Dordogne river in the northeast section of the Entre-Deux-Mers. Jean-Francois Meynard and Christelle Gauthier farm 10.5 hectares with nine hectares of red grapes and one and a half hectares of white grapes. The vineyard has belonged to Christelle’s family since 1907. The red grapes are mostly Merlot 65%, with 35% being a mix of Cabernet Sauvignon, Cabernet Franc and Malbec.The average age of the vines is 40 years and the plant density is 5,000 per hectare. The vineyard lies on a plateau which is one of the highest points in the Entre-deux-Mers and has an excellent exposition.

The yields are kept to 50hl/ha by green harvesting and leaves are pulled as needed to insure proper ripening. All the grapes are brought to a sorting table before entering the winery. Fermentation is done in cement tanks with an extended maceration of up to two weeks. The wine is aged in tank with a portion seeing wood before bottling in the late spring. 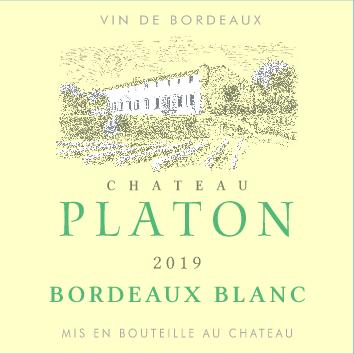 The Bordeaux Blanc is a blend of 70% Sauvignon Blanc and 30% Muscadelle. The clay-limestone soil gives the Sauvignon Blanc lots of complexity; combining flavors of white peach and lemon/lime with minerality, all of which is further broadened by the addition of Muscadelle. The grapes are harvested in the early morning to preserve maximum freshness and after pressing, the juice is left to settle for four days at a low temperature before the start of fermentation. After racking, the wine is aged on its fine lies until bottling the following spring.