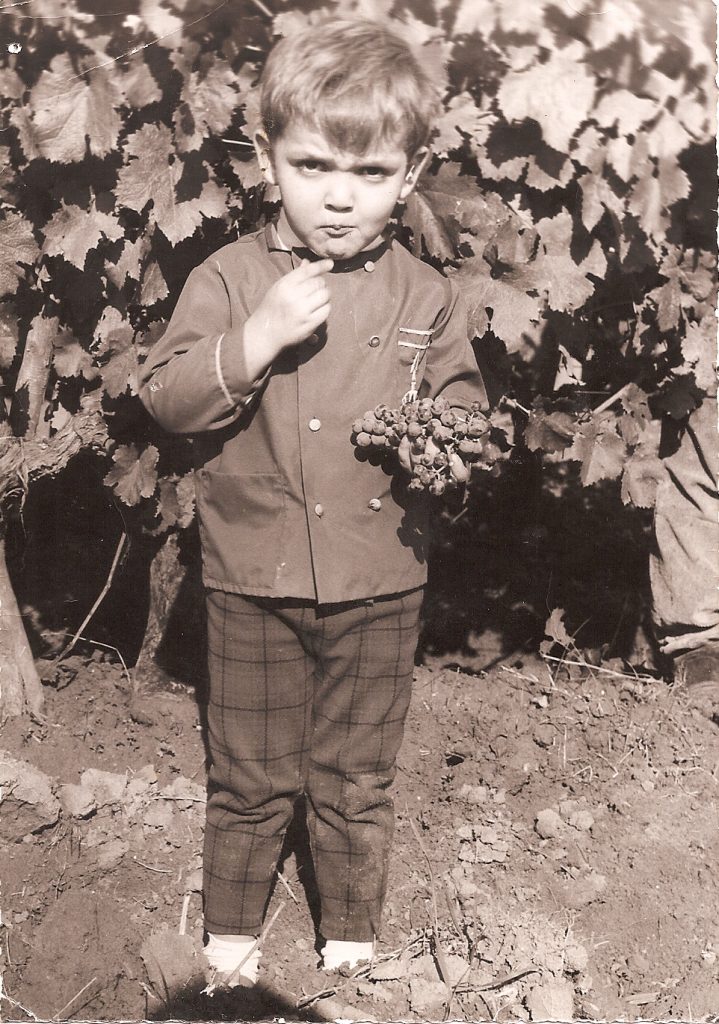 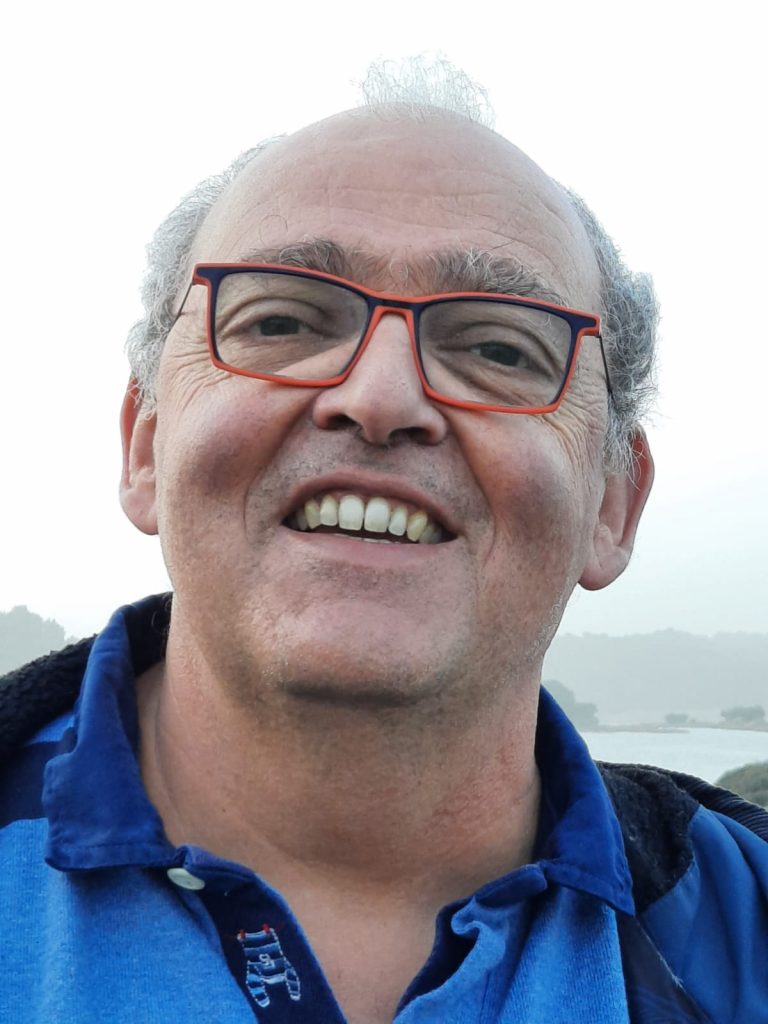 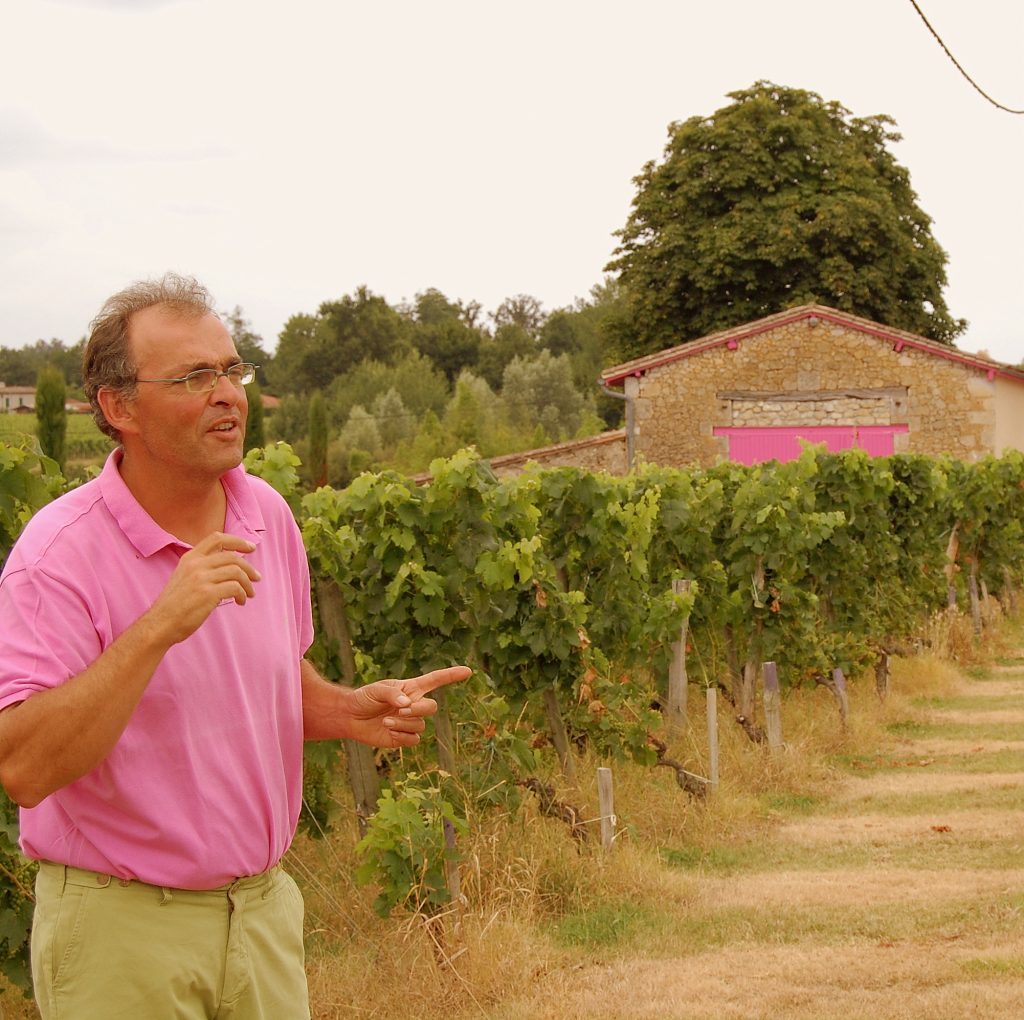 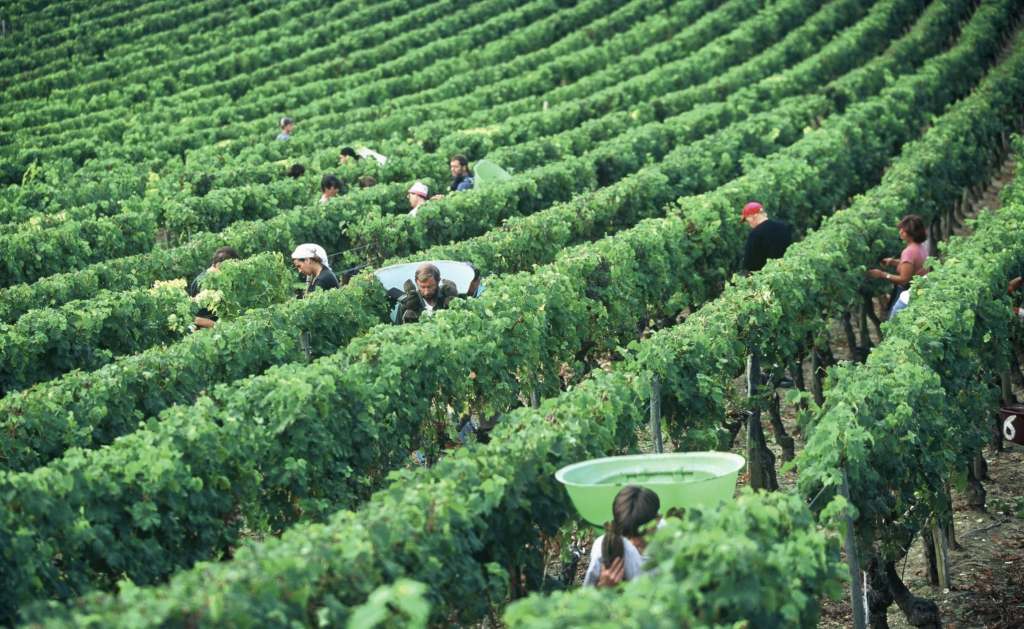 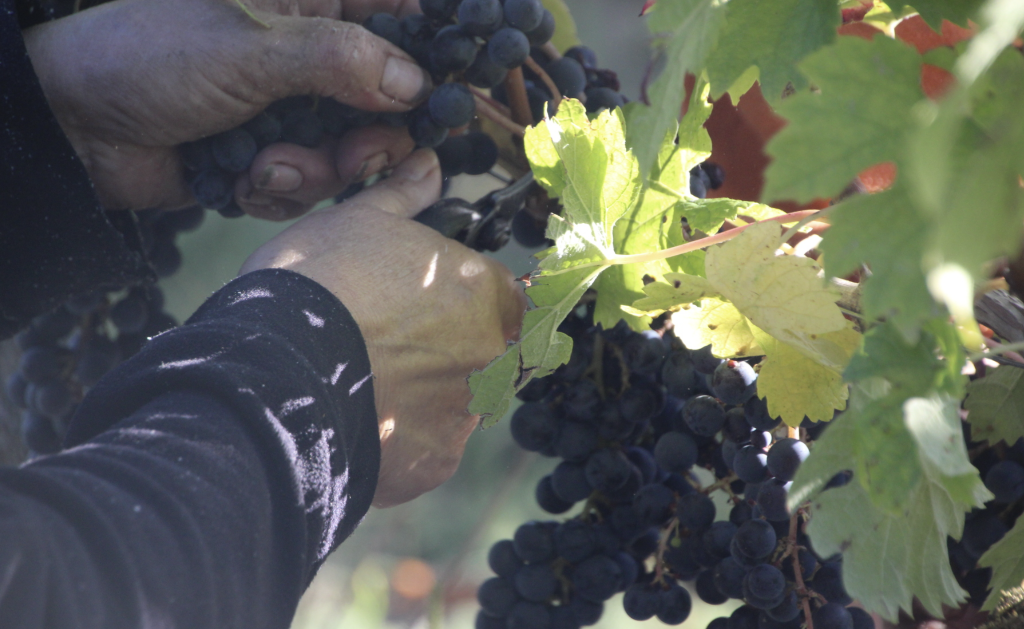 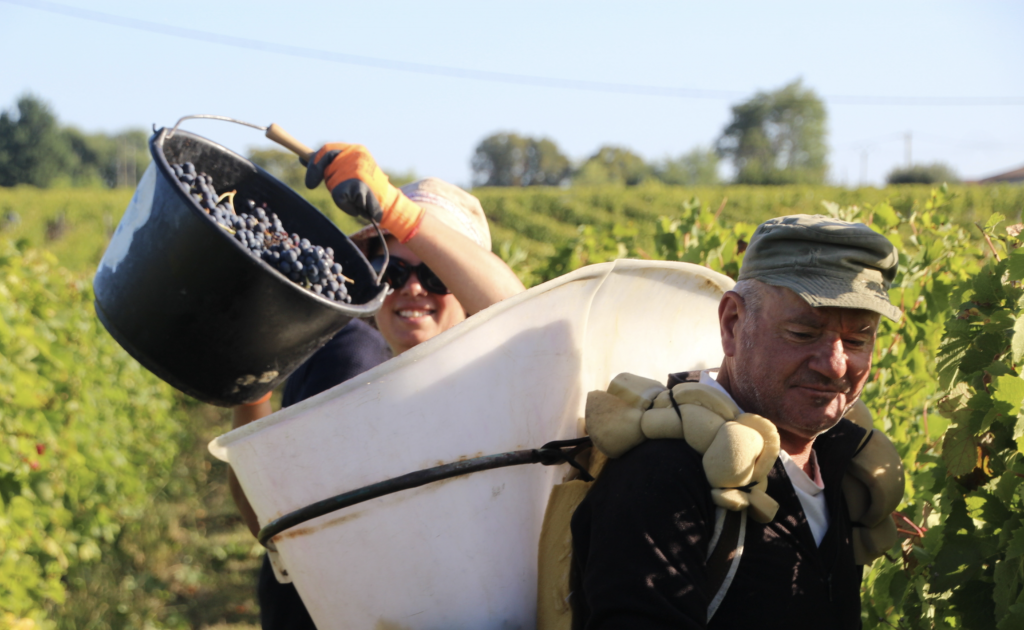 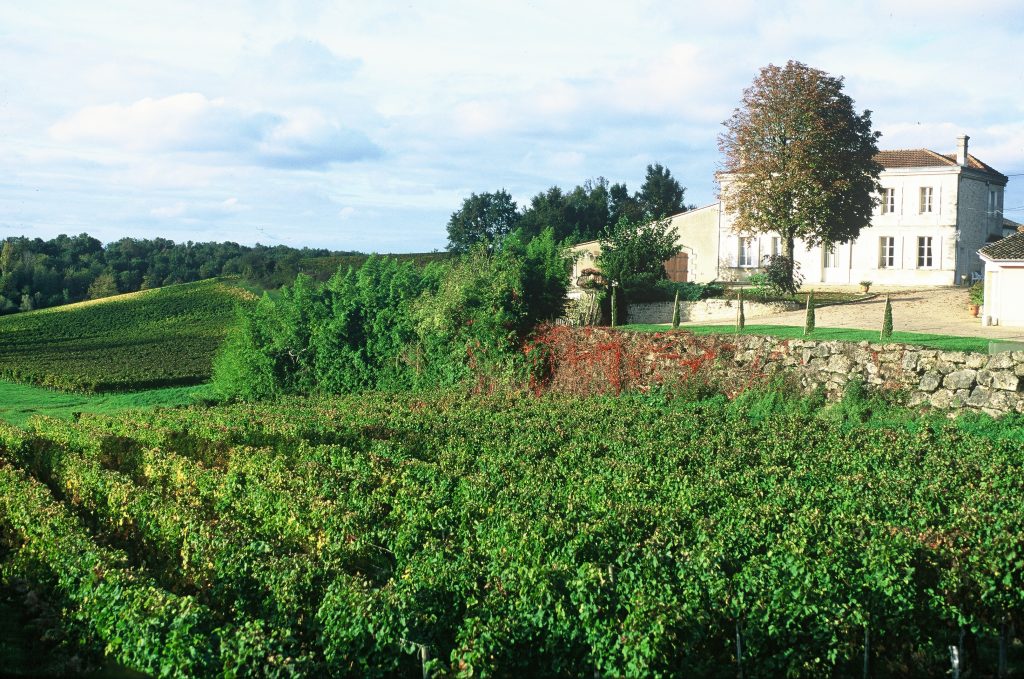 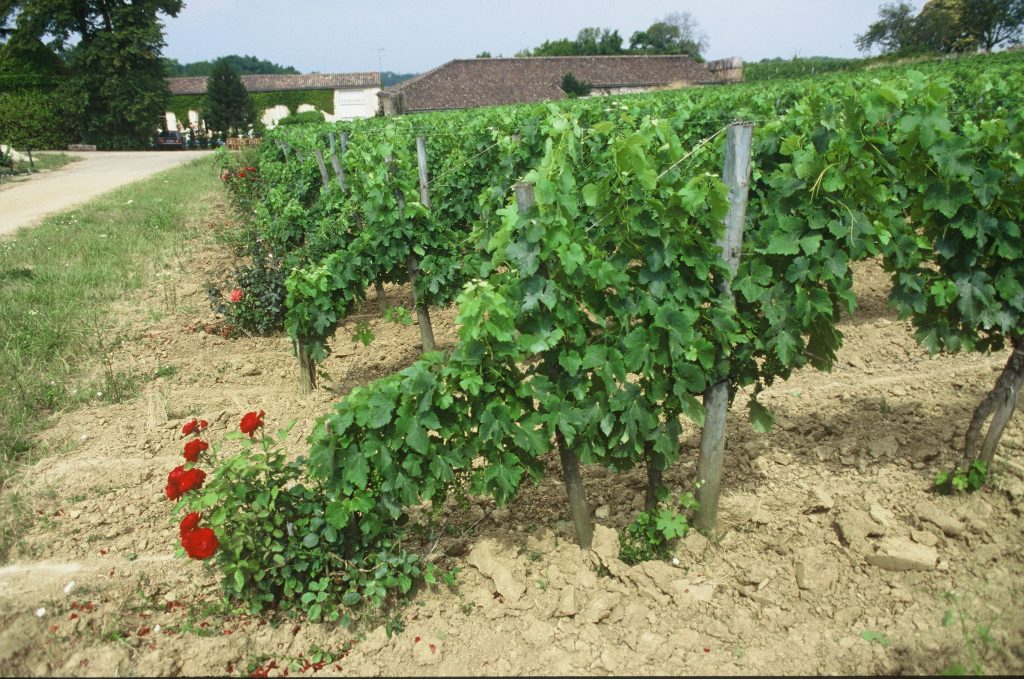 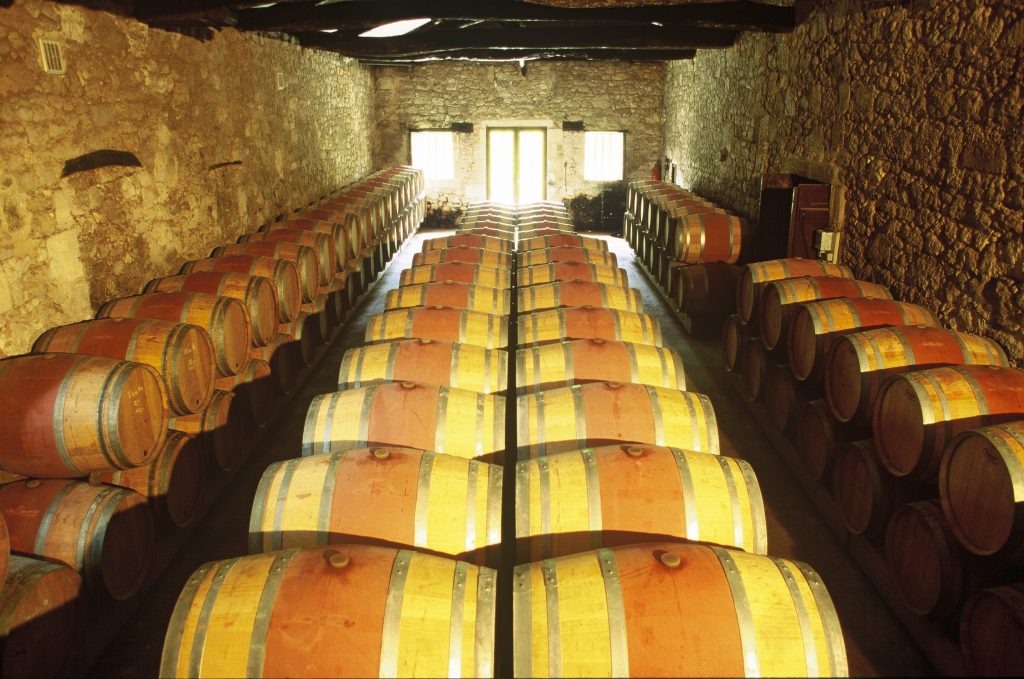 When leaving Libourne and traveling west on the “route départementale” toward Bordeaux, one must cross the narrow Isle river just before it merges with the Dordogne. Beyond the bridge, the meandering Dordogne emerges on the left of the road and the vineyards of Fronsac become visible on the right. The appellations of Fronsac and Canon Fronsac are considered the “historic birthplace” of great Libournais (right bank) wines and the village of Fronsac and its idyllic surroundings have many historical claims going back to the days of Charlemagne. The vineyards are laid out on hillsides and high plateaus that overlook the Dordogne River and its tributary, the Isle. Together the two appellations have 1,050 hectares under vine; 800 in Fronsac and 250 in Canon Fronsac; slightly more than Pomerol and one fifth the amount planted in Saint Emilion. The average size of a Fronsac estate is uncharacteristically small by Bordeaux standards. Despite having established a great reputation by the 18th century, in recent times the wines of Fronsac and Canon Fronsac have been largely overlooked and underappreciated.

Chateau Villars is in the northeast corner of the Fronsac appellation, in the village of Saillans. It has been owned by the Gaudrie family since the beginning of the 19th century and is now run by Thierry Gaudrie who represents the sixth generation. Thierry has brilliantly carried forward the same tradition of quality that won his grandfather Octave a gold medal in 1907. The estate covers thirty-six hectares with thirty hectares under vine and the rest divided between meadows and forest. The hillside property faces southwest and the soil is primarily a mix of chalky clay over “Fronsac” sandstone. 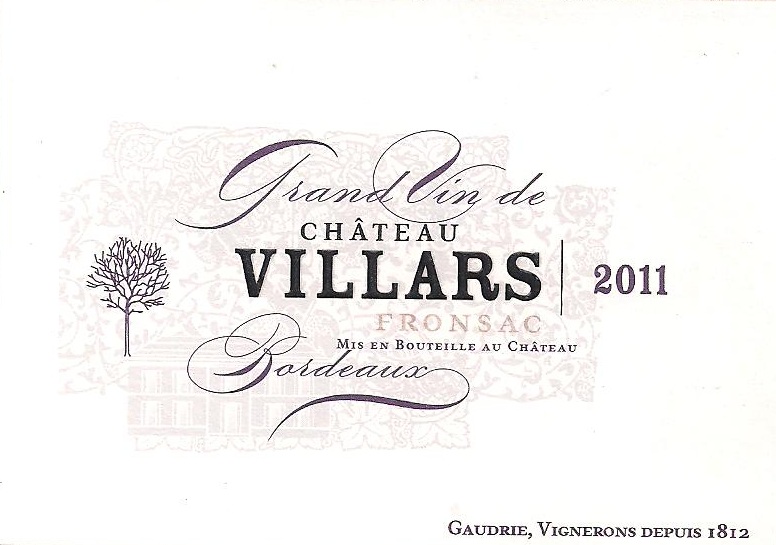 As Thierry has replanted his vineyard over the past two decades, he has paid close attention to its variable soils and inclinations, selecting the optimal match of root stock and grape variety. The current varietal mix is about 80% Merlot, 17% Cabernet Franc and 3% Cabernet Sauvignon and the vines are on average 35 years old. A manual harvest is done in stages to allow each vineyard block to reach full maturity. After careful bunch selection (in 1996 50% of the harvest was declassified), the grapes are vinified in traditional cement vats and receive an extended maceration of up to 4 weeks. Throughout the month of November, each vat is tasted so that Thierry can select those destined to be bottled as Chateau Villars with the remaining vats used for second labels. In December, the selected vats are moved to barrels, one third new, for 10 to 14 months. After this period, a second “triage” is made to create the final assemblage which is then blended and put back into cement tanks for six months before bottling. The wine is fined with egg whites but not usually filtered. According to the vintage, the percentages of Merlot/Cabernets can vary quite a bit.