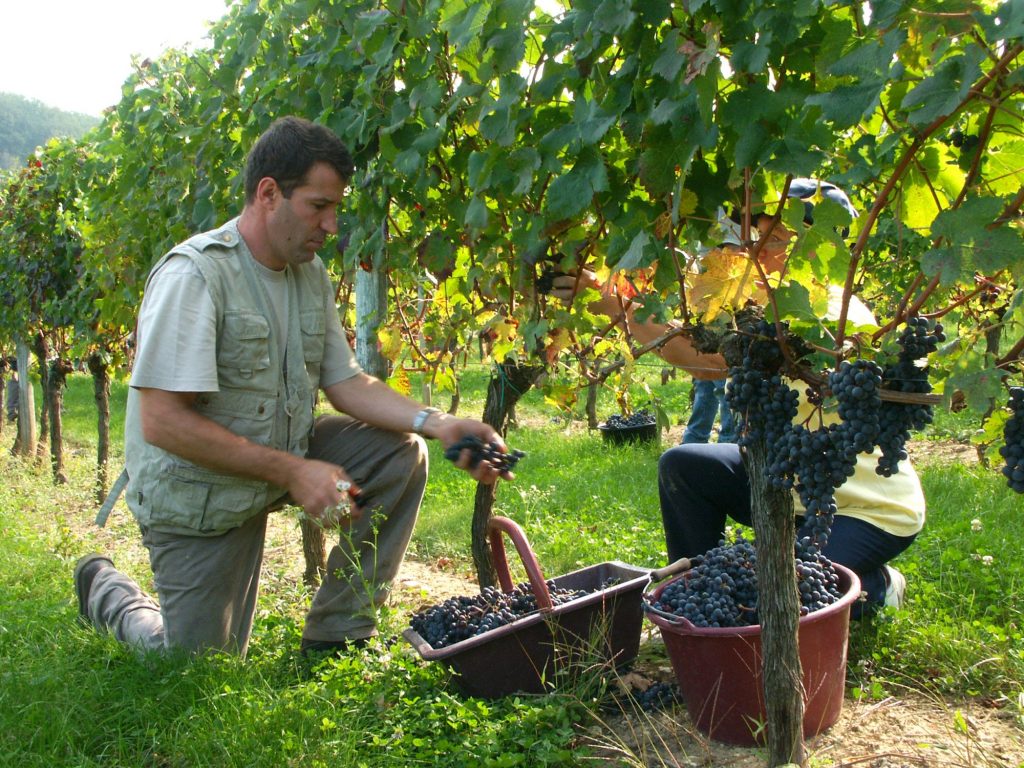 Côtes de Castillon is located on the eastern border of Saint Emilion. It became an independent appellation in 1989, before which it was classified as Bordeaux Superieur “Côtes de Castillon”. Until 1920 the wines were labeled as “près Saint Emilion”. The appellation takes its name from the town of Castillon La Bataille where in 1453 a battle took place that ended the 100 year war with England. The vineyards are a geological extension of those encountered in Saint Emilion with some good sites on the upper plains as well as the more classic hillsides and elevated plateaux. 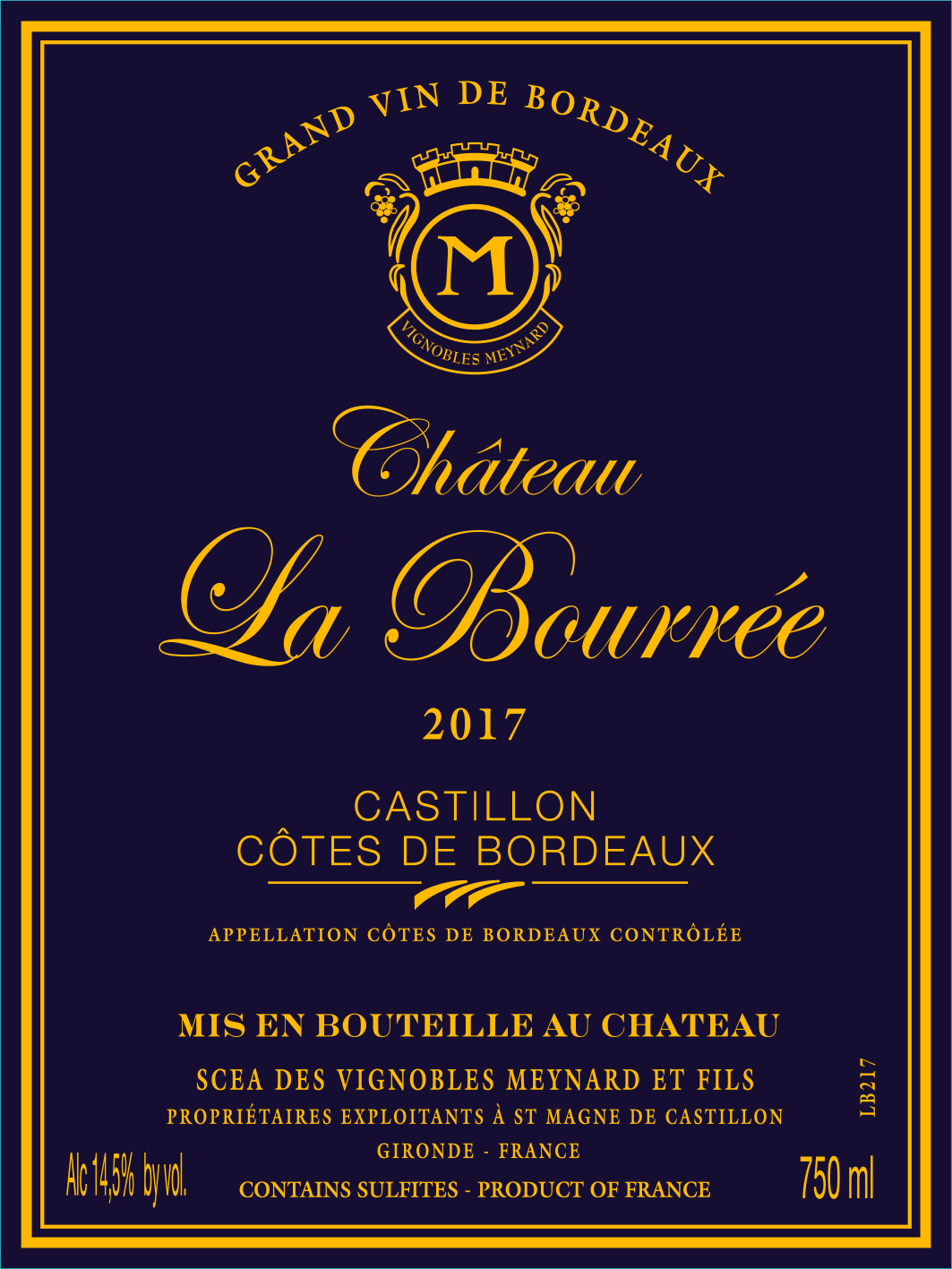 Château La Bourrée extends over 12 hectares in the village of Saint Magne-de-Castillon where the upper river plain meets the first hillsides. The vineyard is planted with 70% Merlot, and 30% Cabernet Franc. The yields are kept to 45h/hl by green harvesting and leaves are pulled as needed to insure proper ripening. All the grapes are brought to a sorting table before entering the winery allowing only the best fruit to be vinified. Before the alcoholic fermentation begins, the grapes macerate for a few days at a cold temperature. After fermentation the wine stays in contact with the skins for two weeks after which the wine is aged in used barrels for a year and then another six months in tank before bottling. 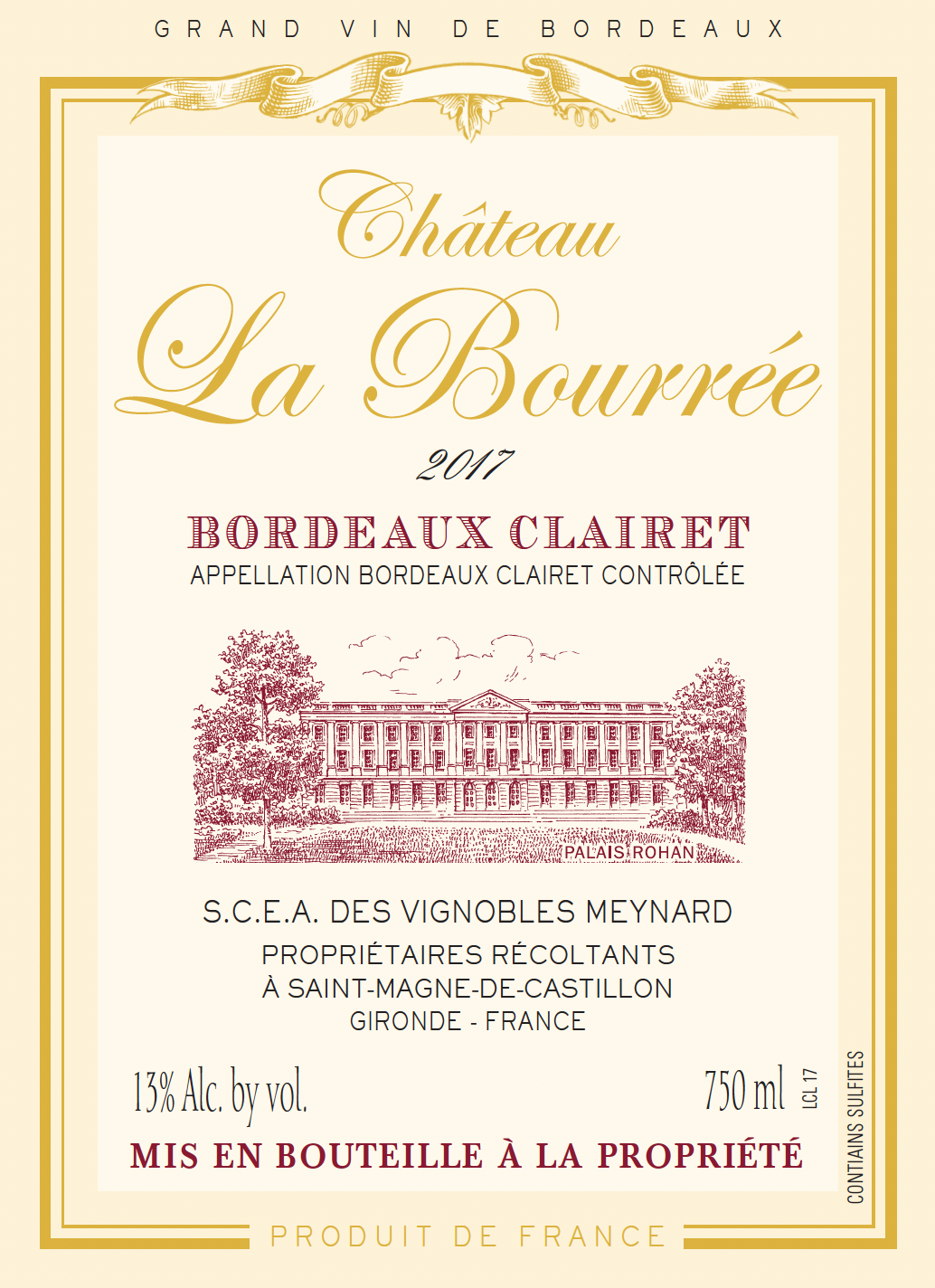 The Clairet is a blend of 50% Merlot and 50% Cabernet Franc, and as opposed to harvesting early for a Rosé wine, the grapes for the Clairet are picked at the same time as those for the La Bourrée red wine. The grapes are put in a tank for 12 to 24 hours at which point the free run juice is drawn off to a separate tank where the juice is allowed to settle and clarify before fermentation begins at a low temperature. The wine rests on its fine lies for a month and a half before it is lightly filtered and bottled.