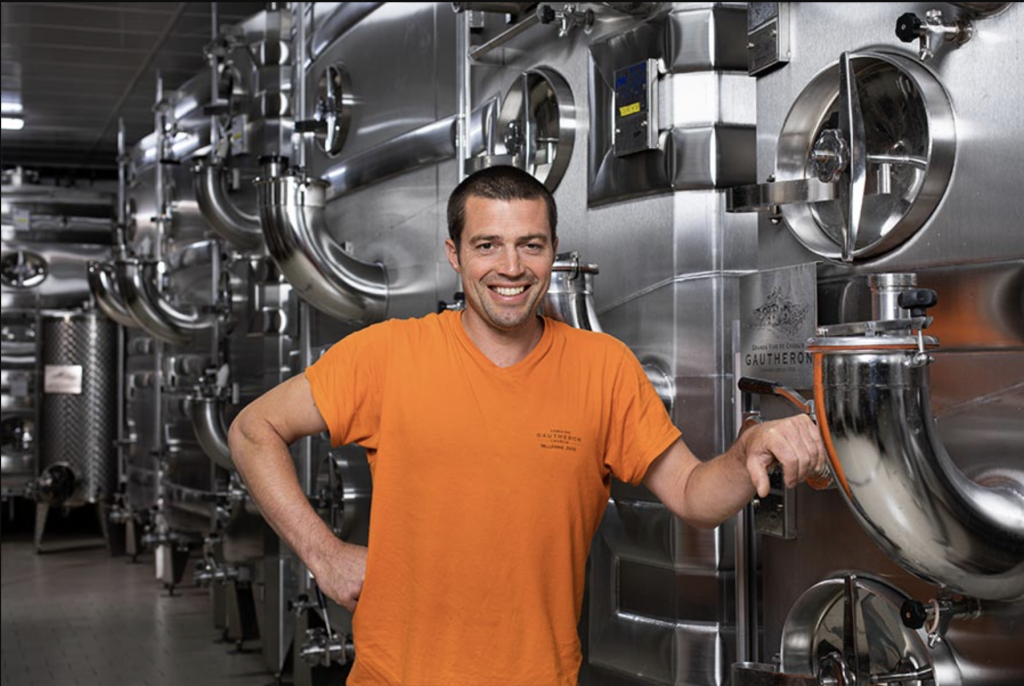 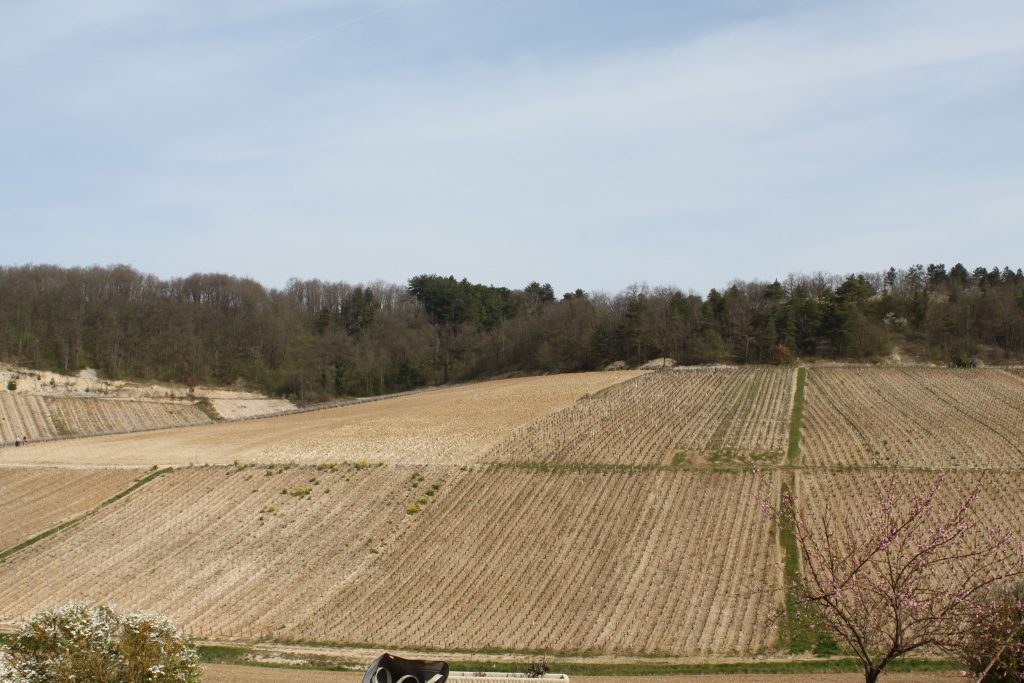 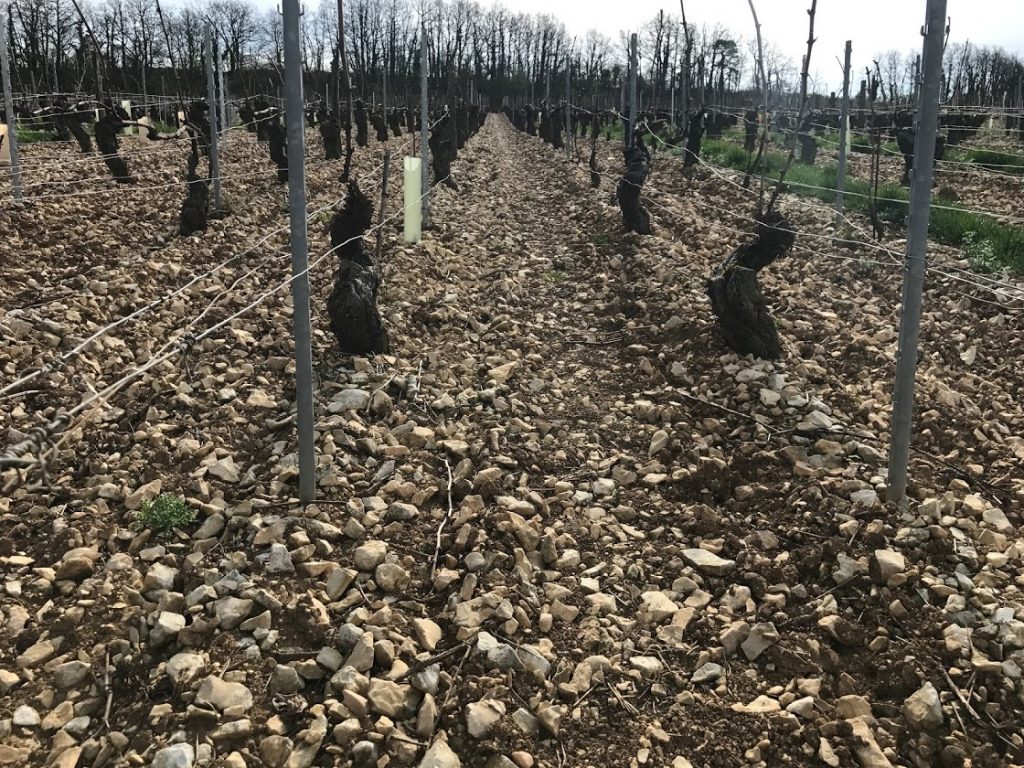 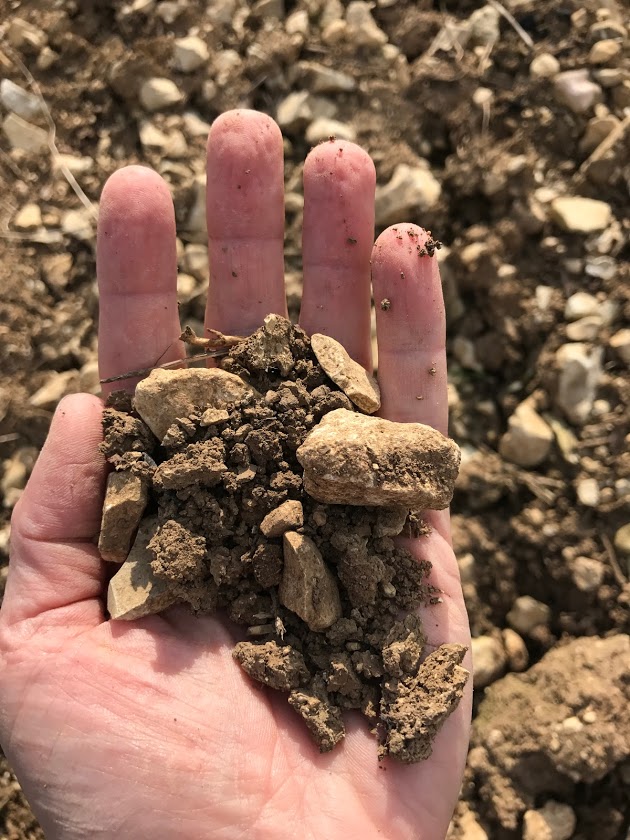 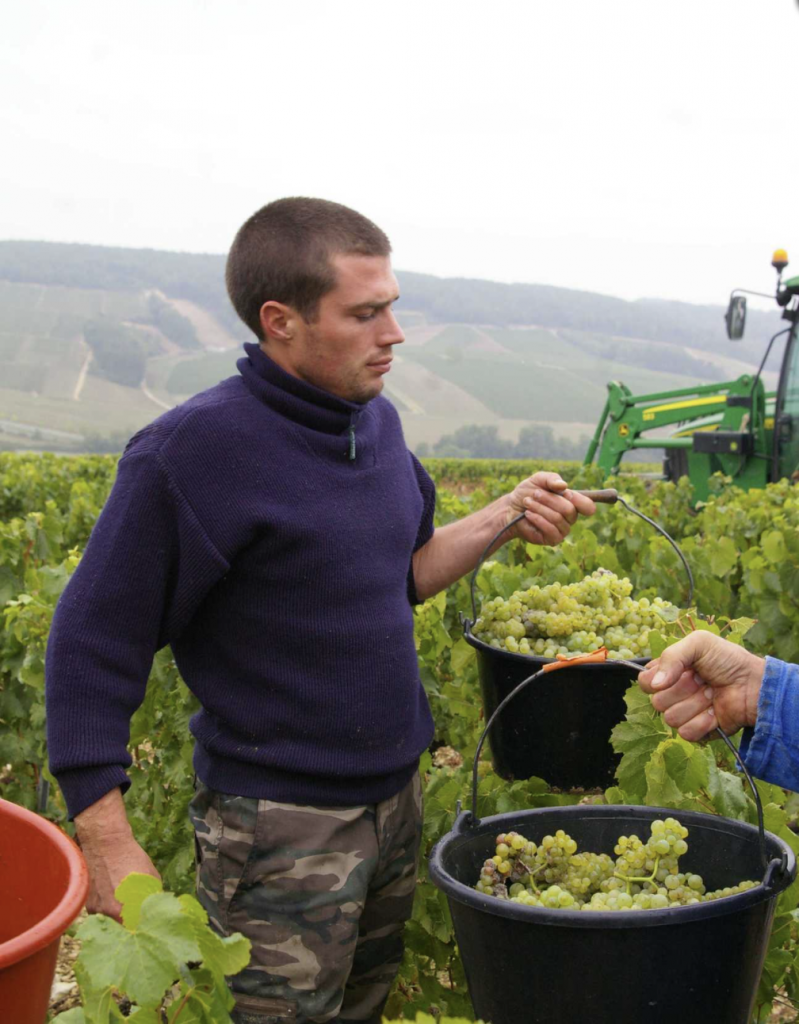 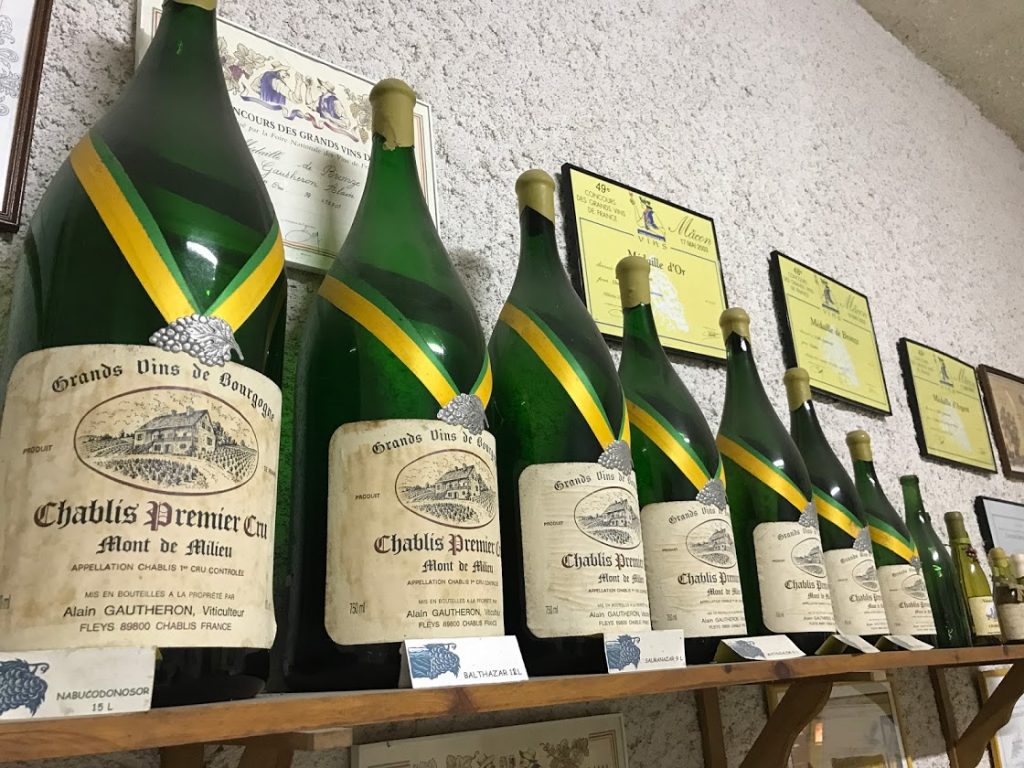 Cyril Gautheron is the sixth generation in his family to cultivate vines in Fleys, a village of 160 inhabitants. The winery and family home are located directly across from the 1er Cru “Côte des Pres Girots” vineyard. At one time, the inhabitants of Fleys were called “Gougueys” from the dialect word for the fossilized snails that are prevalent in the area and in fact the Gautherons have some extraordinary examples exhibited in their tasting room. The Gautheron domain is 22 hectares divided among 40 parcels which include a small parcel in Petit-Chablis, 14 hectares in Chablis, 7.5 hectares in 1er Cru Chablis (Les Fourneaux, Mont de Milieu, Vaucoupin, Vaillons, Montmains, L’Homme Mort) and a small parcel in Grand Cru “Valmur”.

Harvesting is done mostly by machine except where the terrain does not permit, in which case the grapes are picked by hand. Cyril has two modern “bladder” presses so that he can limit oxidation by avoiding any wait time for the harvested grapes and allow the grapes to be very slowly and gently pressed. He moves the juice from the presses to the tanks by gravity and throughout the entire winemaking process, he tries to minimize the use of pumps.

Except for the Grand Cru “Valmur”, all grapes are fermented in temperature controlled stainless steel vats. Cyril does his cellar work and bottling in accordance with atmospheric pressure and moon cycles. The wines stay in contact with the lees for four to nine months after which they are fined, lightly filtered, and then bottled. Despite all of the investment in modern equipment, Cyril takes a traditional approach to making Chablis as exemplified in the simplicity of his methods and the maturing of the wine before bottling. In 2016, he was recognized as the best young winemaker in the Yonne by the C.I.V.B. 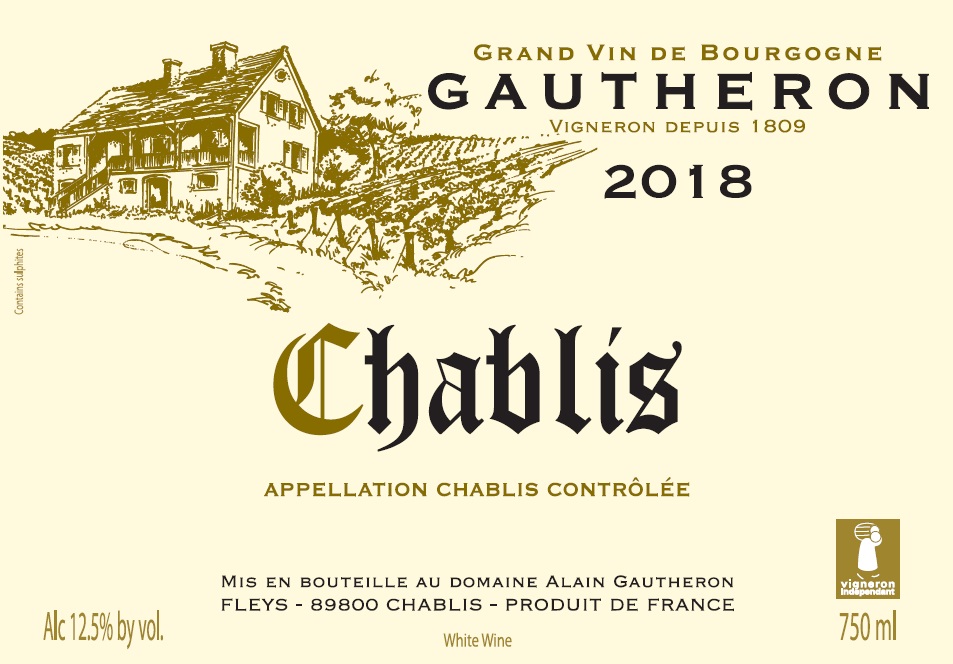 The Chablis is produced by blending more than 20 different parcels that are spread throughout the south-eastern quadrant of Chablis. For the most part, parcels are kept separate in the winery until the blending in the spring. While the winemaking choices produce a very focused wine, the diversity of terroirs brings a charming complexity. 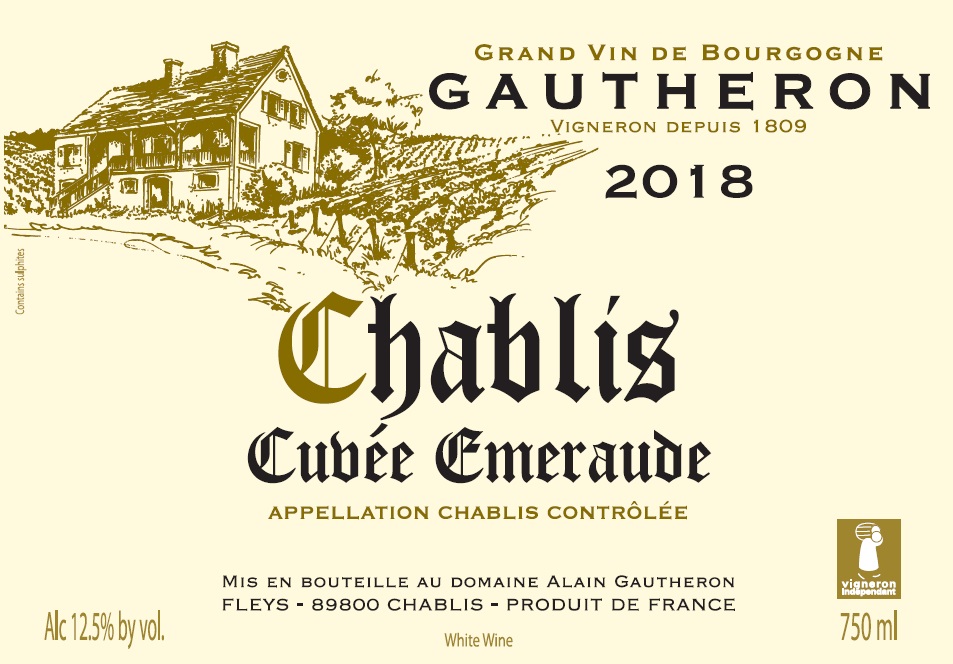 The cuvée “Emeraude” is produced from a single, one-hectare parcel that Cyril farms organically. It was meant to be a test plot for organic farming, but the results were so compelling that Cyril decided to make a small single vineyard bottling. 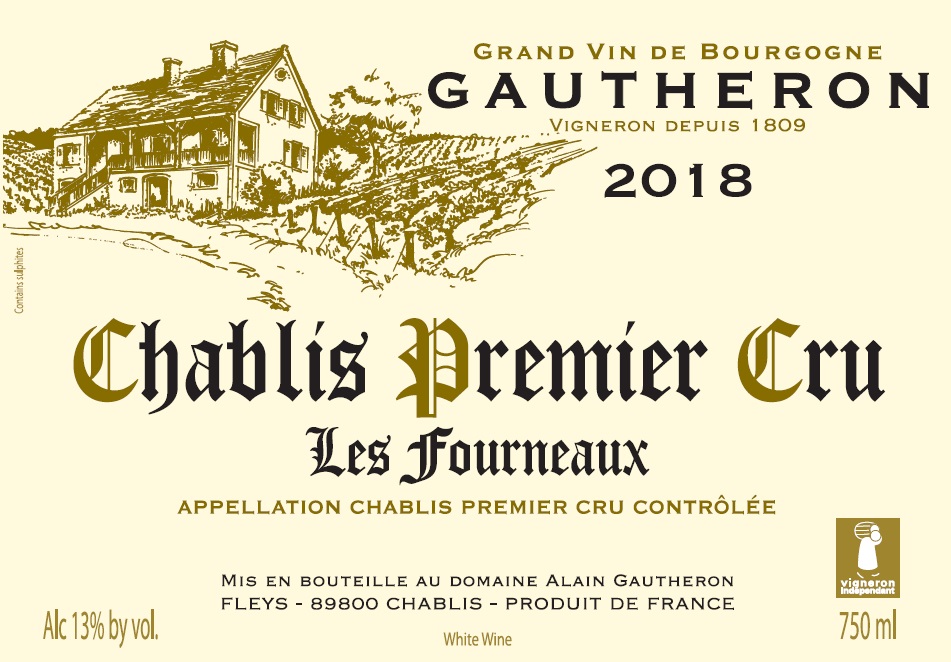 The A.O.C. laws for 1er Cru Chablis allow 40 different vineyards to use just 17 names, the idea being to simplify the nomenclature. In keeping with this practice, the Gautheron’s 3.5 hectares of 1er Cru vineyards in the commune of Fleys, “Les Fourneaux”, “Côte des Prés Girots” and “Le Morein” are blended and bottled as “Les Fourneaux”. The vines range in age from 15 to 45 years. The wine is aromatic and flavors of minerality are set against a broad palate resulting from extended lies aging. 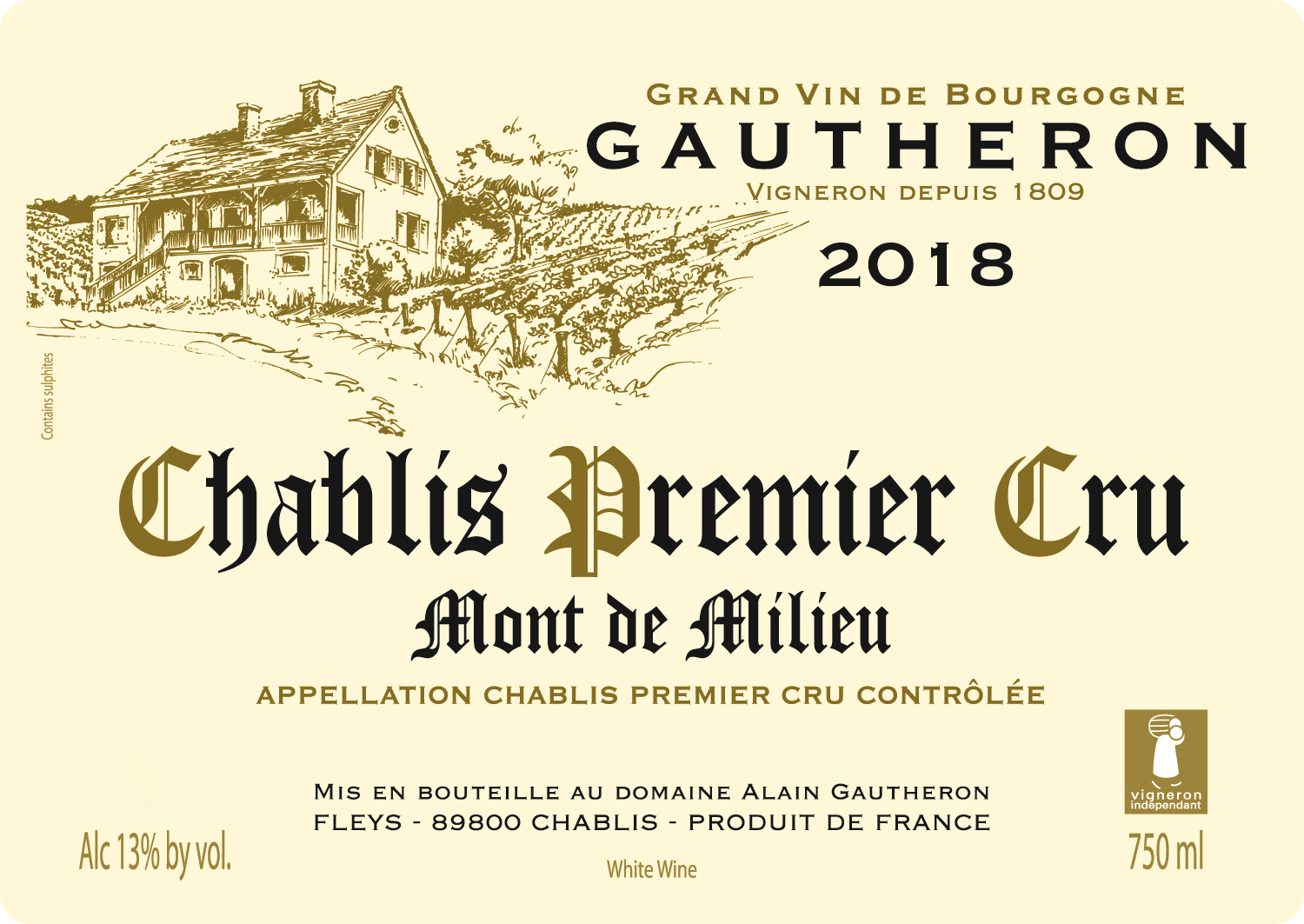 The name of this vineyard is a vestige from when its surrounding hills formed a natural boundary between the duchies of Champagne and Burgundy. The vineyard’s steep incline and south/south-east facing typically offers Cyril a harvest that produces a rich and well balanced wine that has great potential to improve with a few years of bottle age.

Each year, for 25 years, at the festival Grands Jours de Bourgogne, the "Group of Young Wine Professionals" (GJVP) hosts a competitive exposition of wine from young winemakers the Salon des Jeunes Talents. In a blind tasting a winner is chosen from each of the 5 growing regions in Burgundy.

In this years expo, held at the Château de Garnerot in Mercurey, Thursday March 24th , 3 winemakers from Wine Traditions’ portfolio participated in the competition.

The results are announced : It’s a full sweep! All three of them are the 2015 trophy winners for their region!!! 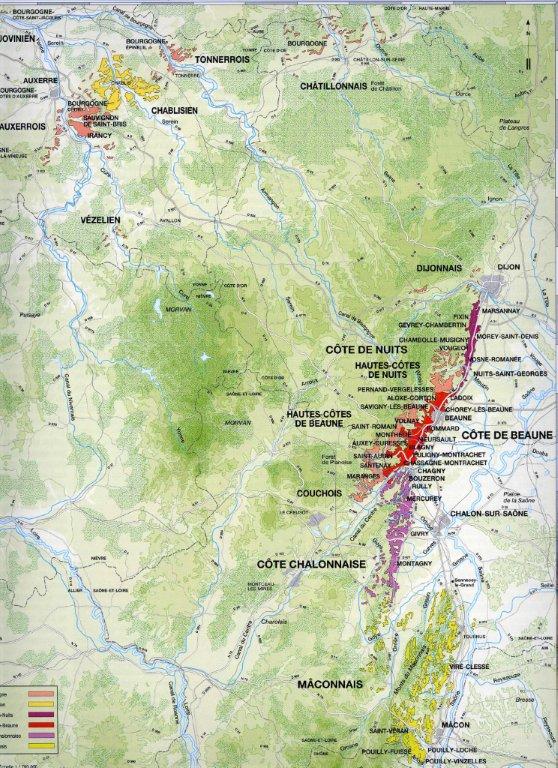 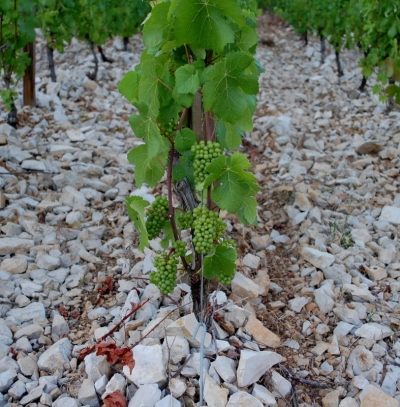 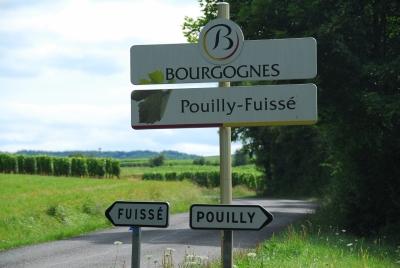