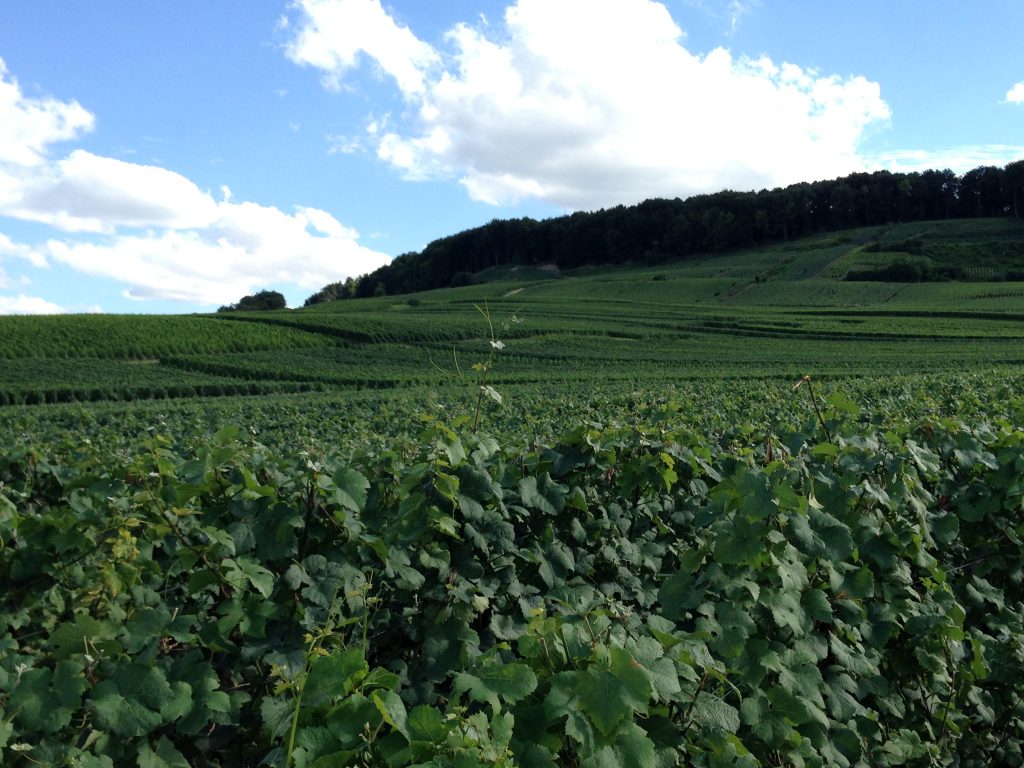 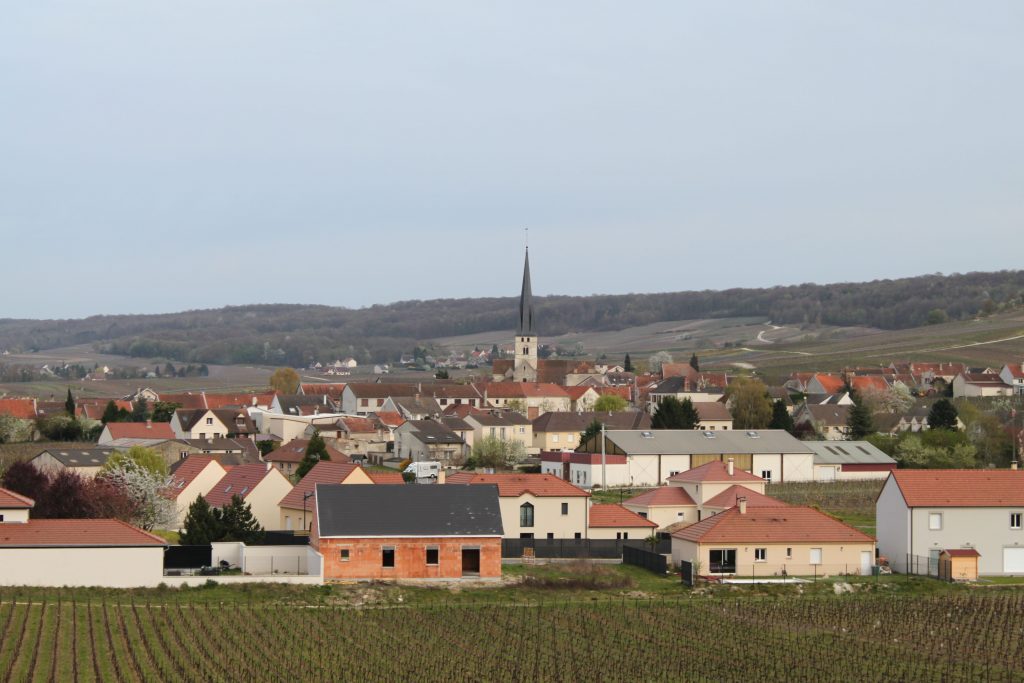 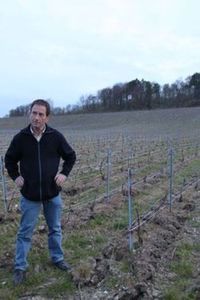 Perseval-Farge is a 4-hectare estate in the 1er Cru village of Chamery which is in the northern part of the Montagne de Reims, known as the Petite Montagne. The Perseval family traces its roots in the village back to the early 18th century and today it is Benoist and Isabelle Perseval who carry on the tradition. Benoist farmed in a manner he called “viticulture integrée” a commitment to taking care of the land for future generations and when Benoist and Isabelle’s son, Henri, joined the family full time in 2020, they officially entered into conversion for organic certification. The four hectares are planted with 40% Pinot Noir, 35% Chardonnay, 15% Pinot Meunier and with 10% Arbanne, Petit Meslier and Fromentot (Pinot Gris) combined in a small parcel planted in 2004. The Perseval’s four hectares are divided among six parcels, all in the village of Chamery, with the greater portion being on the mid to upper slope with calcerous-clay soils and the smaller part on the lower slopes with sandy-clay soils. Besides his commitment to sustainability in the vineyard, Benoist has worked to decrease the use of SO2 in his winemaking and at 26 to 35mg per liter, he uses one fifth of the norm. Nothing with Perseval-Farge is entirely systematic and so the notes below are general rather than detailed. Benoist and Isabelle have a cellar (two actually) filled with vats of different sizes, made of different materials along with barrels and foudres of different ages. All are used in the patient maturing of their wines and may contain a single variety, a blend of varieties from a single parcel, a single vintage, a blend of vintages or any combination of the above. They provide a palette from which Benoist paints his Champagnes. 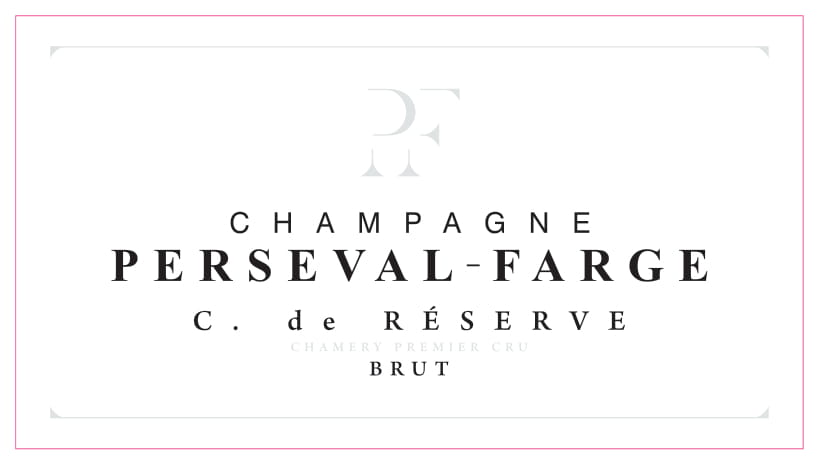 The “C. de Reserve” blends a majority of Chardonnay with small amounts of Pinot Noir and Pinot Meunier. The Chardonnay comes primarily from the “Les Spectres” vineyard, a parcel planted with a variety of clones “en massale” and an average age of 30 years. A gentle pressing is done with a vertical press and the juice is vinified both in stainless steel vats and in barrels (not new). About two-thirds of the wine goes through a malo-lactic fermentation. This cuvée blends several vintages with at least 50% being reserve wine. The Champagne rests 48 months “sur lattes” before being disgorged. The dosage is 3.5g/L. 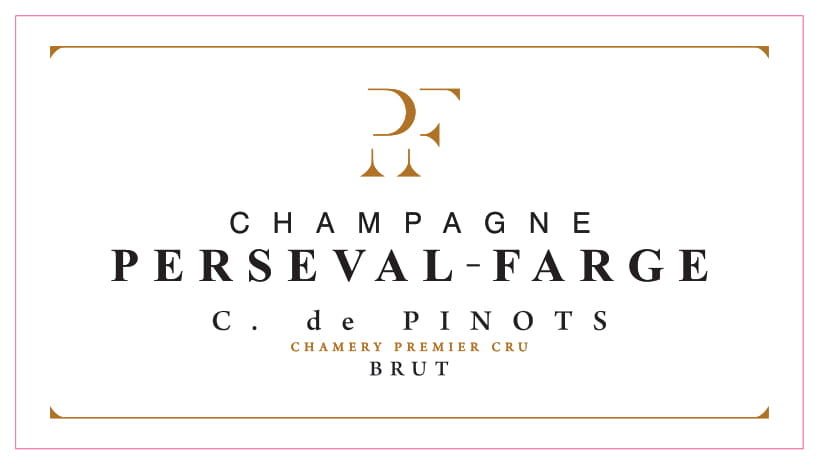 The “C. de Pinots” is a blend of Pinot Noir and Pinot Meunier. A gentle pressing is done with a vertical press and the juice is vinified in stainless steel vats and in barrels (not new). A part of the wine goes through a malolactic fermentation. This cuvée is typically a blend of several vintages with at least 40% being reserve wine. The Champagne rests 48 months “sur lattes” before being disgorged. The dosage is 5.5g/L. 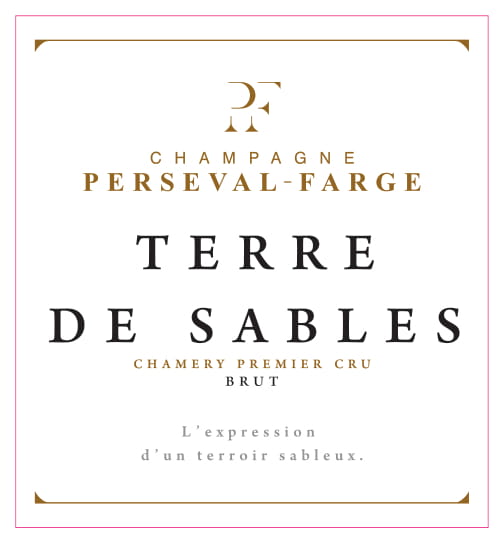 The Terre de Sables is a blend of Pinot Noir, Chardonnay and Pinot Meunier. As referenced in its name, the cuvée is made from grapes grown on the domain’s sandiest soils and is sharply marked by it, with notes of marine minerals being supported by bright acidity. This cuvee is a blend of vintages, with 50% of reserve wine. It is held “sur lattes” for four years before disgorgement and finished with a dosage of 4g/L.

La Pucelle is the name of one of Perseval-Farge’s best plots and is planted entirely to Pinot Noir.Because of the dynamic nature of the wine from this parcel, Benoist and Isabelle decided to produce a single vineyard Champagne. The cuvée is a blend of vintages. The wine is vinified in stainless steel vats and then matured in both stainless steel vats and in barrel. The majority of the wine goes through a malo-lactic fermentation. After more than two years “sur lattes” the Champagne is finished with a 0 dosage.

Along with the cuvée « La Pucelle », « Les Goulats » is a single vineyard bottling. The Persevals farm slightly more than a hectare in the “lieu dit” Les Goulats with two-thirds planted in 1997 to Chardonnay and the other third planted in 2008 to a mix of Petit Meslier, Pinot Gris and Arbanne. The cuvee blends two thirds of the “cepages anciens” with one-third Chardonnay. The wine is vinified in stainless steel vats and then matured in both stainless steel vats and in barrel. The majority of the wine goes through a malo-lactic fermentation. After more than two years “sur lattes” the Champagne is finished with a 0 dosage. 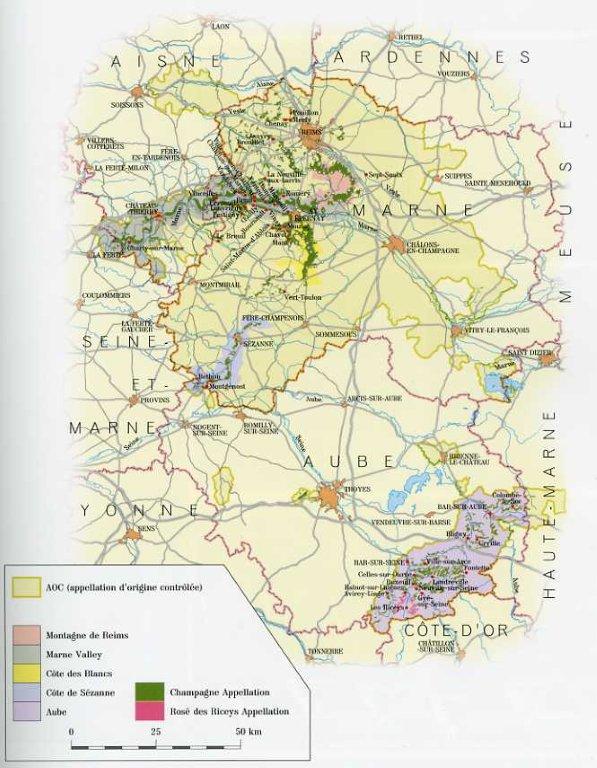 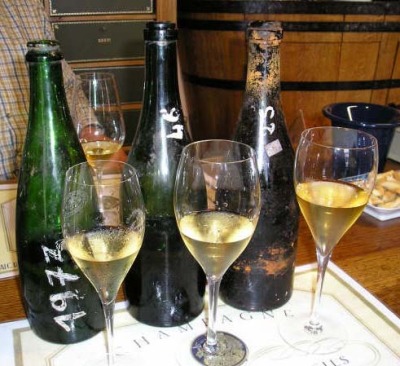