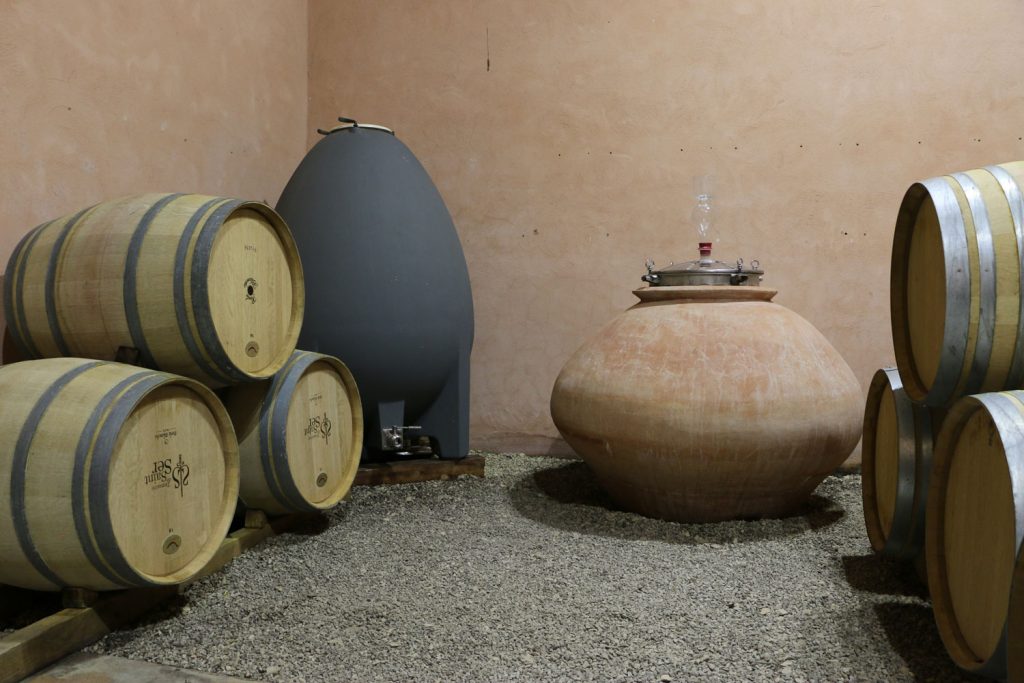 Sainte-Victoire is a sub-appellation of Côtes de Provence and became officially recognized in 2005 as a DGC (denomination géographique complementaire). The appellation is named for the Sainte-Victoire mountain range which rises to the north of the viticultural zone and together with the Sainte-Baume Massif to the south, creates a unique micro-climate that is cooler and drier than the surrounding appellation of Côtes de Provence.

Domaine de Saint-Ser lies at the foot of the Montagne Sainte-Victoire and at an elevation of 400 meters, the domain’s vineyards are the highest in the appellation. On a property of 80 hectares, 47 hectares are planted with vines. The vineyards are south-facing and benefit from the refracted light coming from the mountain of limestone just above it. Jacqueline Guichot purchased the property in 2006 when it was in need of major renovations. As she says, she rolled up her sleeves and undertook the work of restructuring the vineyards and repairing the buildings. Since that time, Jacqueline’s drive for progress and improvement has never stopped. In 2017, her domain was certified as both organic and bio-dynamic and she continues to evolve a winemaking style that is rooted in minimal intervention. Her reflective nature is evidenced in her two cellars. The first cellar has stainless steel tanks and the second has an array of barrels, foudres, jars and eggs. She is not interested in chasing momentary fads, but rather in studying the effects of different vinification techniques on the expression of terroir. 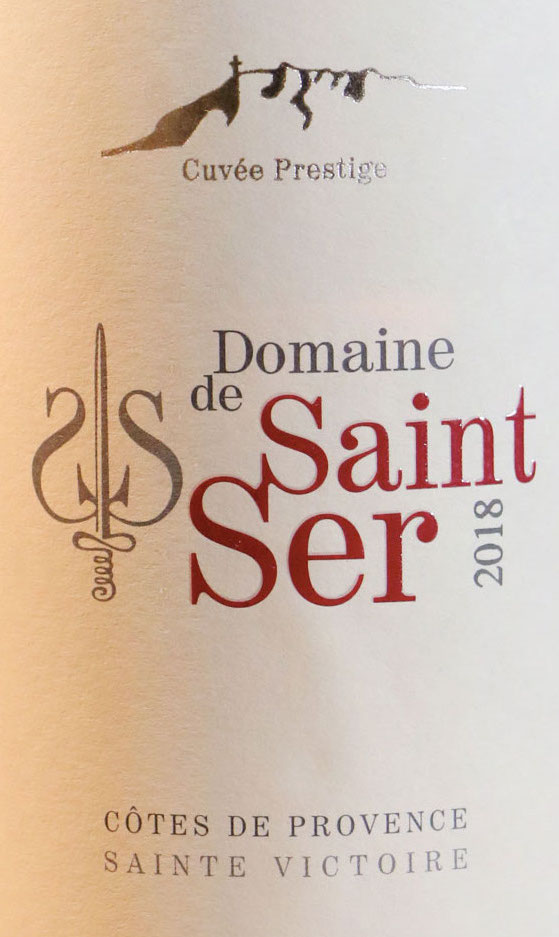 The “Cuvée Prestige” is a blend of Cinsault 40%, Grenache 35% and Syrah 25%. The vineyards are gently sloped toward the south with a lot of ventilation. The soils are chalky-clay with lots of stones eroded from Mont Sainte-Victoire. The Rosé is produced using the “saignée” method in which the grapes are de-stemmed and crushed and then left to macerate for a few hours. Fermentation with indigenous yeasts follows in stainless-steel tanks at low temperatures. The wine matures in tank until February/March when it is lightly filtered and bottled with a minimal dose of SO2.

Admittedly, the idea of sitting on a beach and drinking formulaic Rosé never seemed like a good way to spend our precious time in France. And so, with the exception of a short excursion into the Pierrevert, and despite a longstanding invitation to visit Barbara’s relatives in Cassis, Barbara and I put off visiting Provence for 25 years. I was completely ignorant of Provence’s magnificent geography and the remarkable clash of mountain and sea, the mighty Durance River, and of course, the charm of the Chopinesque Cinsault, an “old” grape variety that according to Jancis Robinson has a long history in southern France as well as in Sicily (Grecaù) and Spain (Sinsò.) Now I am ready to make up for lost time.

There is, of course, way too much industrially produced Provençal Rosé and wine prices can be a bit elevated because of the demand created by tourism, but similar to the Languedoc, Provence provides countless variations on a theme with its repertoire of sub-appellations and micro-climates.