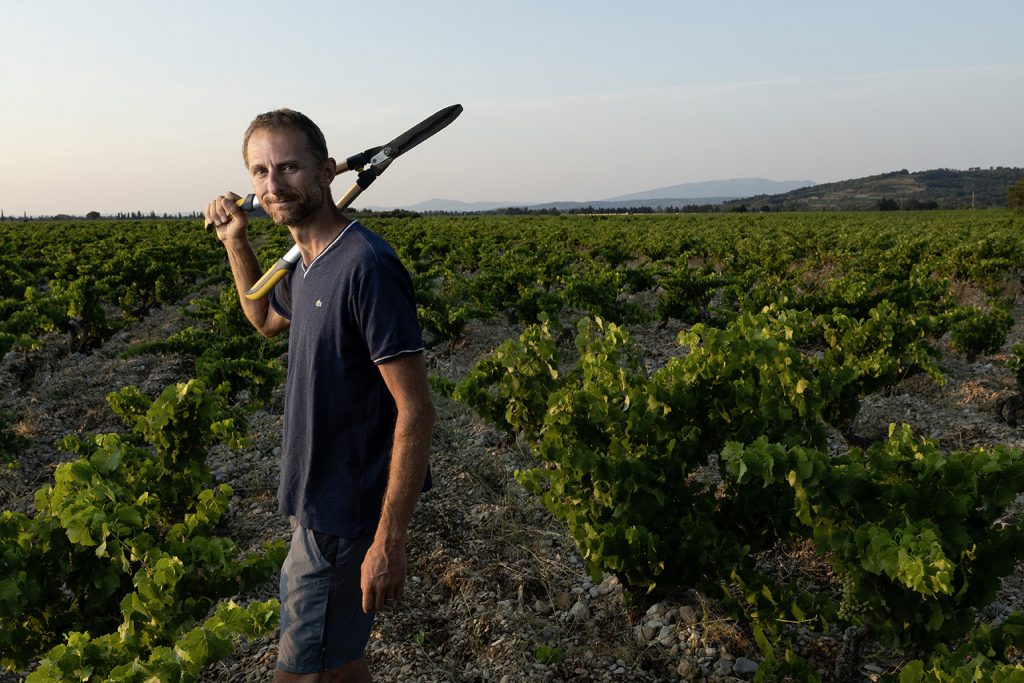 The village of Cairanne overlooks the Aygues River in the northwest quadrant of Vaucluse. In 2016, Cairanne became the ninth appellation in the Rhône “meridional” to be elevated to “Cru” status. Before arriving there, it went through many iterations. In the 1930’s the wines from the surrounding slopes of Cairanne were labeled as Côtes du Rhone. In the 1950’s that changed to Côtes du Rhone Cairanne, followed in the 1960’s by Côtes du Rhone Villages Cairanne, and finally, in 2016 simply Cairanne.

The vineyards of Cairanne range from 100 to 300 meters in elevation with a few different terroirs loosely divided into the upper slopes, the terraces near the Aygues river and the lower terraces near Plan de Dieu. The AOP laws mandate red wines have a minimum of 50% Grenache and a minimum of 20% Syrah/Mourvedre. The AOP also includes white and rosé wines, but little is produced.

Loïc Massart is an industrial engineer turned vigneron. As a result of visits to his family in the Beaujolais village of Julienas, Loic harbored the idea of producing wine for a decade before re-educating himself at Tain L’Hermitage and then working for some wineries in the Ardèche. In 2013 Loic found 8 hectares for sale in Cairanne on the terraces overlooking the Aygues River. The roughly 6 parcels all have a sandy limestone soil with varying concentrations of pebbles that have been washed down from the Alps by the Aygues.  After purchasing his 8 hectares, Loic constructed a winery in the nearby village of Vaison la Romaine in five months and received his first harvest in the fall of 2014. Recently, he added a parcel of 1.5 hectares to his holdings bringing the total to 9.5. Interestingly, when Cairanne was awarded its Cru status in 2016, two hectares of Loic’s land were not included in the newly drawn map and are classified as Côtes du Rhone Villages.

From the beginning Loic has farmed organically and his vineyards were certified as organic in 2018. Many of the vines are more than 70 years old. To understand the differences between his parcels, Loic began by vinifying each variety and each plot separately. He has in the past couple of vintages moved away from that in favor of co-fermenting different varieties. His winemaking philosophy is non-interventional. The harvest is made entirely by hand and brought to the winery in small bins. He allows the indigenous yeasts to ferment the juice and uses little SO2 throughout the process. Fermentations are carried out in small cement tanks. 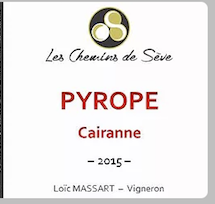 “Pyrope” is produced from two parcels in the village of Cairanne that are not included in the Cairanne appellation. The cuvée takes its name from its garnet color. The wine is a blend of 50% Grenache, 30% Syrah, 10% Carignan, and 10% Cinsault. The grapes are destemmed and then put in a concrete tank cooled for a slower fermentation. The maceration lasts 28 days with daily pump-overs. The wine is matured in cement tanks for 10 months. It is not fined but a gentle filtration is carried out before bottling. The Carignan and early harvested Cinsault add a complexity and lightness to the wine that is most inviting. 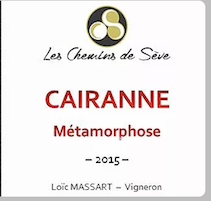 The cuvée Metamorphose is produced from 3 parcels. The blend is 80% Grenache and 20% Syrah. The soils here have 20 to 50% of pebbles and the Grenache vines are on average 70 years old, giving the wine a lot of concentration. The grapes are destemmed and then put in a concrete tank cooled for a slower fermentation. The maceration lasts 28 days with daily pump-overs. The wine is matured in cement tanks for 10 months. It is not fined but a gentle filtration is carried out before bottling. 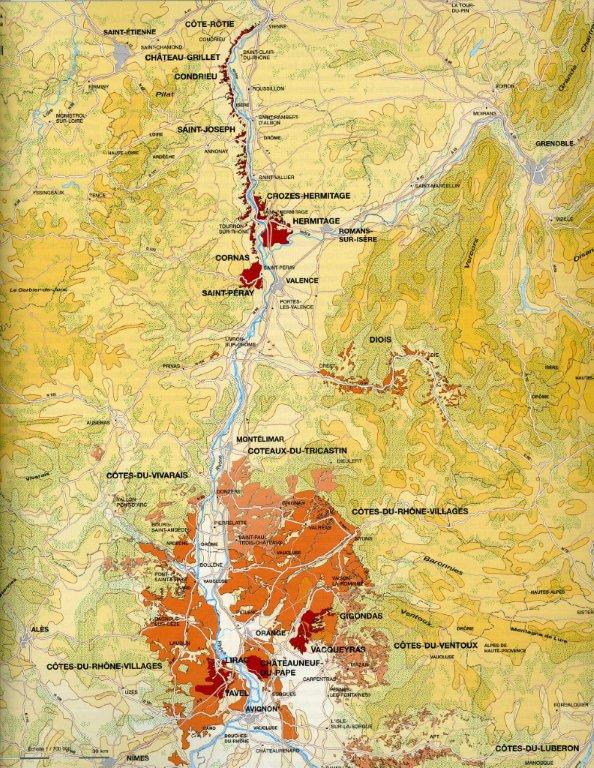 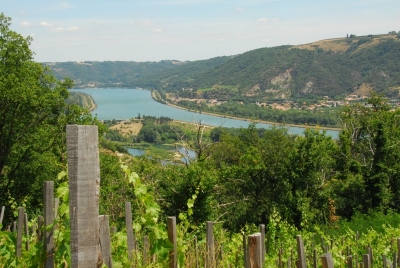